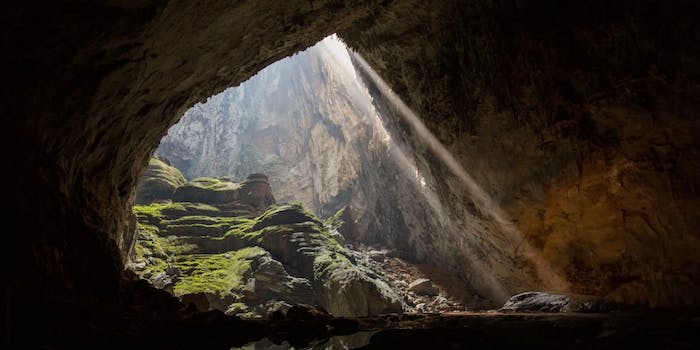 This Vietnamese cave is jaw-droppingly beautiful.

Most of us will never visit the world’s largest cave, but this video is the next best thing.

Photographer Ryan Deboodt explored the Hang Son Doong caves in Vietnam, filming the journey using a GoPro camera attached to a drone. The resulting video is awe-inspiring, a soaring look at the cave’s enormous rock formations and gorgeous forest surroundings.

If you’re having a stressful day at work, we recommend setting aside a few minutes to watch this video in HD. Hang Son Doong is a true example of natural beauty.