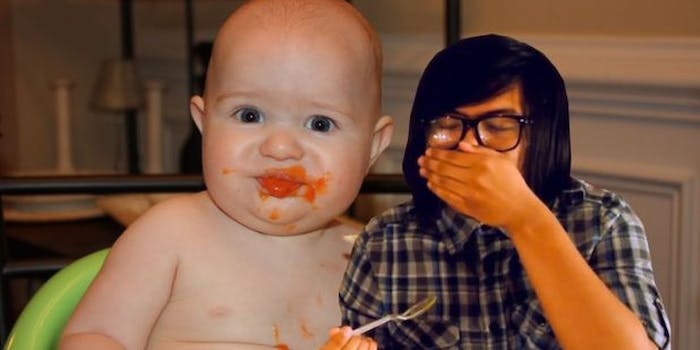 The $33 million deal is the largest yet for a YouTube-based media company.

DreamWorks Animation announced earlier today that it is acquiring AwesomenessTV for $33 million. It’s possible that the payout could go up to a maximum of $117 million by 2015.

While Time Warner invested $40 million into Maker Studios back in November, this marks the largest deal yet for a YouTube-based media company.

AwesomenessTV, which has been described as YouTube’s version of Nickelodeon, launched last June and has already received $3.5 million in funding from Awesomeness CEO Brian Robbins and investors. The channel has garnered almost 500,000 subscribers and over 100 million views.

Robbins is even supposed to make a show for Nickelodeon, tentatively named Awesomeness.

“Awesomeness TV is one of the fastest growing content channels on the internet today and our acquisition of this groundbreaking venture will bring incredible momentum to our digital strategy,” DreamWorks Animation Chief Executive Officer Jeffrey Katzenberg said in a statement. “Brian Robbins has an extraordinary track record in creating family content both for traditional and new platforms and his expertise in the TV arena will be invaluable as we grow our presence in that space.”

As part of DreamWorks, Robbins will keep working on AwesomenessTV and create a digital family channel for the company with access to all of its resources.

“The incredible opportunity to take all the resources of this amazing global brand with beloved character franchises and create a dedicated family channel has extraordinary potential—I can’t wait to get started,” Robbins said.

DreamWorks’s acquisition has already received the blessing of YouTube’s global head of content Robert Kyncl, who described it as being “symbolic of the incredible evolution of online entertainment.” The Los Angeles Times reported that Kyncl was a key player in getting the two companies to meet.

The actual transaction will take place sometime this month.