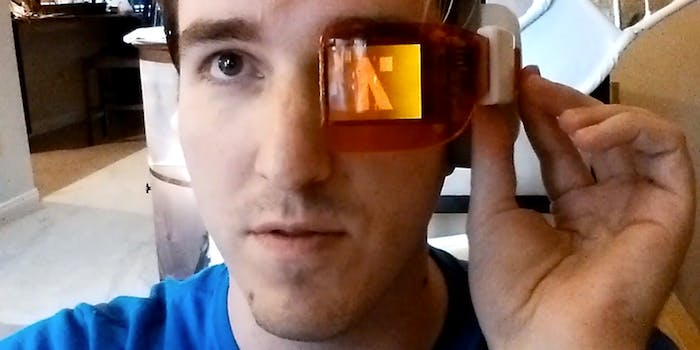 Middle school you would be really, really excited about this. Or maybe present day you, no judgement.

One fan took it upon himself to create his own version of the Scouter. In a video, Kier Simmons shows off the functioning digital monocle. The prototype is an improvement from an earlier model Simmons released last year, showing that he was able to create an almost Glass-like device that displays scrolling glyphs (which are only mean something to Dragon Ball Z fans). Since his original stab at the Scouter, he’s transformed the new version into something that looks like a “real” wearable, complete with a 9-volt battery.

Commenters have encouraged Simmons to launch a Kickstarter fundraiser, though there aren’t many indications of what the device would be capable of doing much other than… looking really cool.