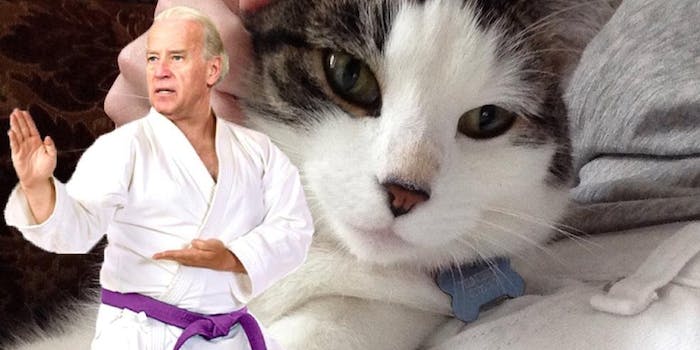 Introducing Doublie, the app that lets you trick out your selfies

Fun fact: My cat is BFFAEAE with Vice President Biden.

Love taking selfies, but think they need a bit more swag? Want to see yourself in a diamond-encrusted trucker hat that says #YOLO or your face in Ellen DeGeneres’s famous Oscar group selfie? Well, first of all, you’re probably an idiot, and second of all, you should download Doublie, an app that lets you embellish your selfies with photos of celebrities, accessories, and memes your mom probably wouldn’t understand.

Doublie is essentially an app that provides a gallery of celebrity and pop culture overlays for you to trick out your selfies with, so if you have an exceptionally gullible 7-year-old cousin, you can edit your photos to make it look like you’re at the Oscars with J-Law or partying with Drake. You can also edit the quality of your selfie within the app and share it with your friends via Facebook, Twitter, or Instagram.

Because I am over the age of 14, and thus don’t take a lot of selfies, I didn’t quite see the appeal of Doublie at first. So I decided to try it using photos of my own cat, Thundercat. Unfortunately, I could only figure out how to put one overlay on each photo at a time, but these were some of the results: 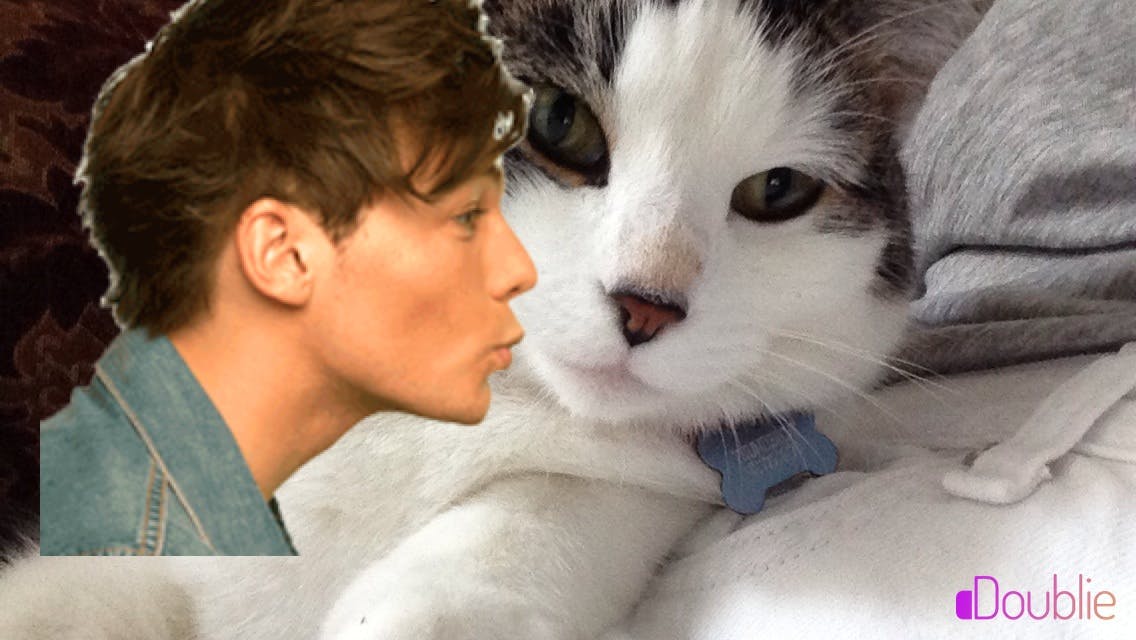 Thundercat being ridden by shirtless Putin (who has not, to my knowledge, dated Taylor Swift): 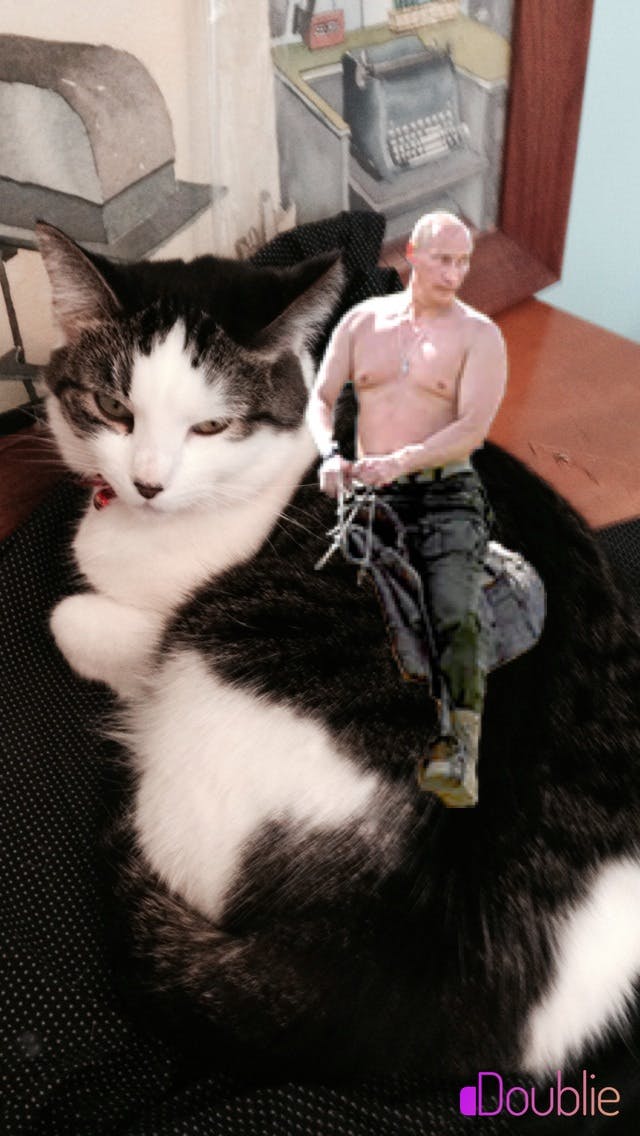 Thundercat in a mesh tank top, which I found under the “Ratchet” accessory category: 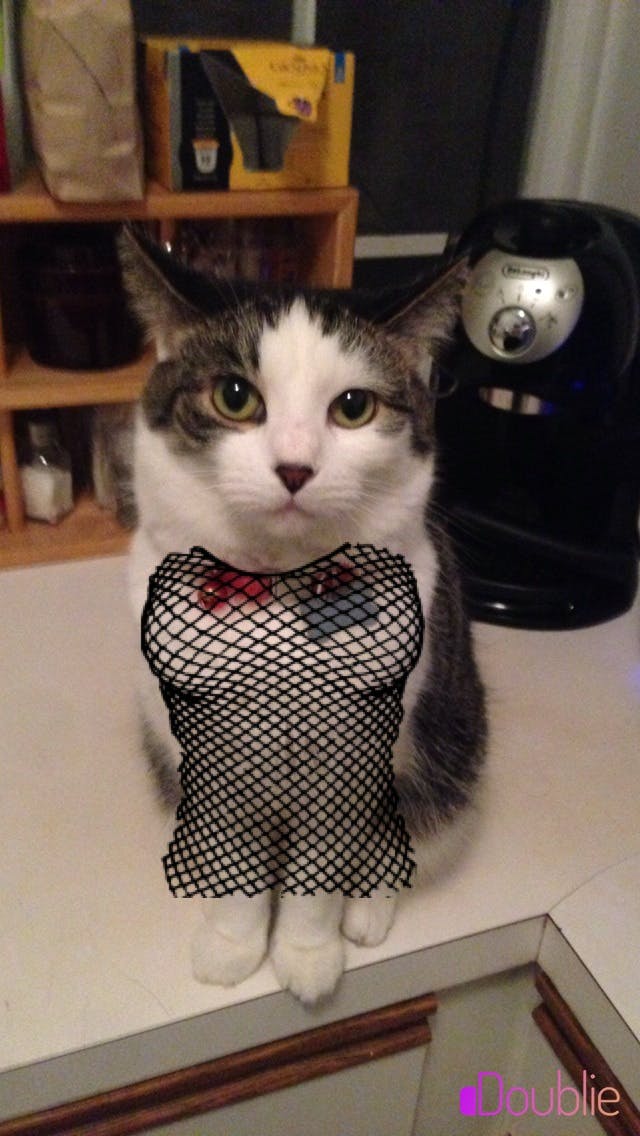 OK, I get it now. I see the apeal. Thanks, Doublie!