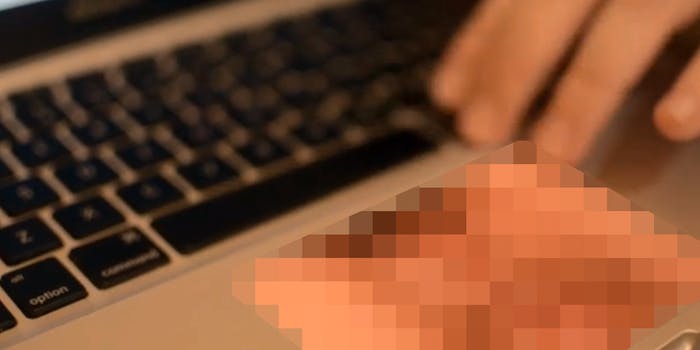 If you love the female anatomy, this should be your new trackpad

We would like to direct your attention to the DoubleClit Here, an extremely NSFW decal.

Do you have an Apple laptop? Do you have a minimum of $8? Do you love vaginas—like, really, really love vaginas, to the point where you’ve often found yourself working or checking email or surfing Reddit while wistfully thinking, “Man, I wish my computer looked more like a vagina?”

If so, we would like to direct your attention to the DoubleClit Here, an extremely NSFW decal that makes your trackpad look like a lady lotus blossom.

Created by Brooklyn feminist designer Eliza Dunaway, the DoubleClit Here (available in two versions, “Kiki” and “Vanessa”) peels off and sticks directly on your mousepad. The NSFW video below, from Dunaway’s Indiegogo page, demonstrates where to swipe the decal to activate the mouse’s scrolling function. If you have at least a passing familiarity with the female anatomy, it’s pretty much exactly where you’d expect.

While the effect of the DoubleClit Here relies at least in part on shock value, Dunaway ultimately has much loftier aims for the project. By presenting the female genitalia in such explicit detail, she hopes to get women to overcome feelings of self-consciousness or disgust about their bodies, and celebrate the beauty of their anatomy.

“We are too often taught to feel grossed out by the sight of a body part that is beautiful and important just as it is,” Dunaway writes. “DoubleClit Here seeks to break this stigma by presenting the vagina in a new, hilariously interactive, OMG-inducing way.” 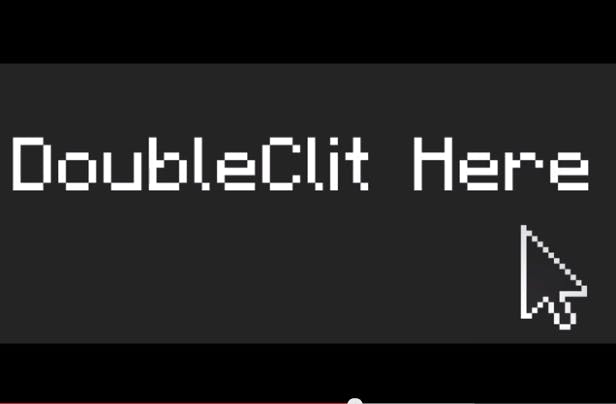 In January, Dunaway plans to exhibit what she refers to as her “labia of love” at the 2014 AVN Expo (NSFW), an annual adult entertainment trade show held in Las Vegas. She’s only raised $76 of her $4,500 goal, though, so vulvophiles (or people who just really wanna freak out their bosses) should hit up the DoubleClit Here before Dec. 30.

Update: Dunaway writes that IndieGogo took down the project for inappropriate content. Find out all you need to know on her site instead.