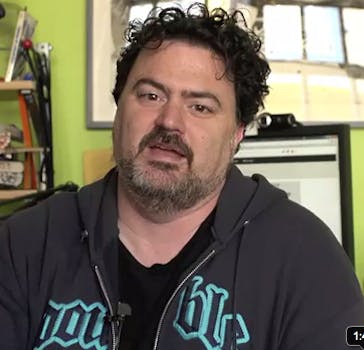 Double Fine Productions made crowd-funding history again this morning, becoming the first Kickstarter campaign to raise more than $2,000,000. The San Francisco-based gaming-production company crossed the plateau with more than three weeks left in its campaign.

“We all want to thank you, on behalf of Double Fine and 2 Player Productions, for your backing of this great, what’s going to be amazing, project to build an old-school point-and-click graphic adventure using your generous backing,” company founder Tim Schafer announced in a YouTube video posted onto the campaign’s Updates page. “We got a little more money than we thought we were going to get, so the game’s going to be just a little bit better.

The game’s going to be a lot better, actually. Schafer goes on to explain that Double Fine will use the extra funds to implement voice acting on the game’s English version, and developers will now be able to send the game overseas for proper translation into French, Italian, German, and Spanish.

In the same update, Schafer announced that the game will go under development for MC, Mac, and Linux systems—and that versions will be made for iOS devices as well as certain Android phones.

It’s good news for Double Fine’s 59,889 backers, who will get the chance to check out a closed beta version of the game before its release and receive DRM-free (Digital Rights Management) version when the game goes public.

On the campaign’s very active comment page, over 5,200 notes have been left about what they’d like to see in the game, whether or not Schafer should place a cap on money raised, and what Kickstarter’s recent surge in popularity means for new potential businesses in the future.

The best comes from backer Matthias Glanzig, who had a suggestion for Schafer and his trailblazing crew:

“You know what would be a funny story for a game,” wrote Glanzig. “A story about a game designer who decides to make a kickstarter campaign for a new adventure game. When he gets sooooo much money with his campaign, he decides to take the money, get a new identity and go to Hawai instead to have a good time. But someone is following his lead and now he has to try to keep his cover…”

Can we get a Kickstarter campaign for that?

Photo of Tim Schafer from Kickstarter