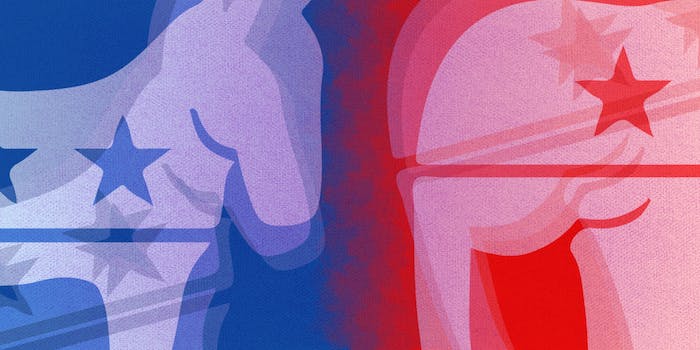 Get ready for a flood of .vote campaign websites.

The first rule of Politician Club? Never talk about the skeletons in your closet. The second rule of Politician Club: distinguish yourself from your opponent in as flashy a way as possible. Beginning on Tuesday, politicians seeking to build a unique Web presence can take advantage of that most sexy of tactics: a custom top-level domain.

Monolith Registry on Tuesday announced the creation of the .vote TLD, with domains available to any person or group associated with political activity. Aside from the broad rule that there must be “an obvious connection between the domain name and the registrant’s activities in the democratic process,” .vote—and its Spanish-language counterpart, .voto—is open to anyone.

In addition to the obvious rule that registrants must be participating in the democratic process, Monolith also prohibits “deceptive names” and says that it will regularly check registrations “to ensure compliance with the policies.”

Even more interestingly, donaldtrump.vote is also reserved. Call us crazy, but we don’t think Monolith needed to take that step.