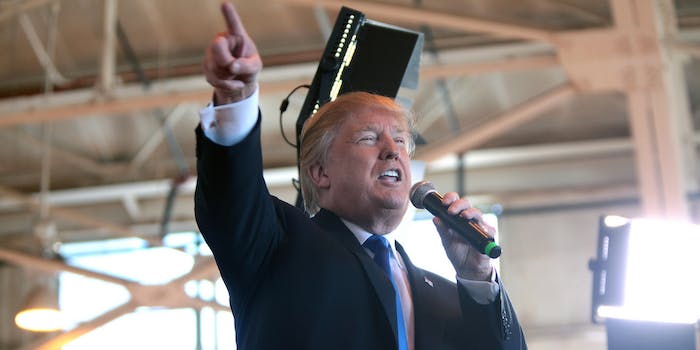 Trump's got 99 Sunshine State delegates to call his own

With 72 percent of precincts reporting, Trump lead the Republican presidential pack with 45.5 percent of the vote. Florida Sen. Marco Rubio is in second with 27.6 percent, followed by Sen. Ted Cruz (R-Texas) (13.9 percent).

“This has been very exciting, this whole process,” Trump told supporters at a victory speech at his Mar-a-Lago golf club in Palm Beach, Florida.

Trump was largely expected to win the Sunshine State headed into Tuesday’s contest, with polls giving him an 18-point lead over all the next closest challenger, according to Real Clear Politics poll averages.

The outcome likely hits hardest for Florida Sen. Marco Rubio, whose campaign momentum collapsed in the lead-up to the March 15 primaries.

Earlier on Tuesday, Trump won all nine delegates in the North Mariana Islands caucus. Including Florida, Trump has earned at least 568 delegates, according to the Associated Press’s count. Republican presidential candidates need 1,237 delegates to secure the party’s nomination.