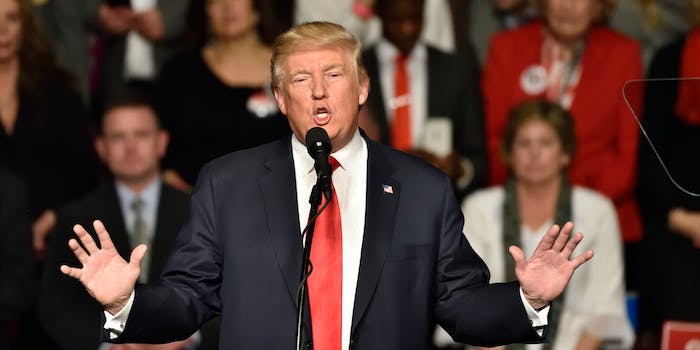 Donald Trump has unofficially secured over 270 electoral votes and with them, the 45th presidency of the United States.

Despite efforts from anti-Trump Americans to convince Republican electors to not vote for Trump, more so-called “faithless electors” defected against Democratic nominee Hillary Clinton than Trump, as of publication.

In Washington state, which Clinton won, only eight of the state’s 12 electors cast their votes for Clinton. Three voted for former Secretary of State Colin Powell, while one reportedly voted for Faith Spotted Eagle, a Native American elder involved in the protest over the Dakota Access Pipeline.

One elector from Maine, David Bright, originally said he’d vote for Sen. Bernie Sanders (I-Vt.), Clinton’s primary rival, instead of Clinton. But he ultimately cast his vote for Clinton. Muhammad Abdurrahman, a Democratic elector in Minnesota, attempted to vote for Sanders instead of Clinton, but his ballot was deemed invalid and an alternative elector replaced him.

Abdurrahman says he voted for Sanders/Tulsi Gabbard to protest the state's law that tosses faithless electors & replaces with alternate.

In Texas, as many as four electors were set to be replaced before the vote. Two Texas electors voted against Trump, one for former Texas Rep. Ron Paul and one for Ohio Gov. John Kasich, giving Trump 36 of the state’s 38 electoral votes.

Trump secured the presidency by winning 306 of the 538 available electoral votes on Election Day, Nov. 8. Clinton, who won the national popular vote by more than 2.8 million votes, won 232 electoral votes.

The official tally of electoral votes will take place in a joint session of Congress on Jan. 6. At that time, lawmakers will be given the opportunity to challenge the results. No such effort is expected to deny Trump the presidency.