For a brief period Wednesday evening, Twitter searches of terms including “asshole,” “fascist,” “racist,” “worst,” and “dickhead” yielded results topped by the Twitter account of President Donald Trump. A search for the term “corrupt,” however, yielded the account of Democratic presidential nominee Hillary Clinton. 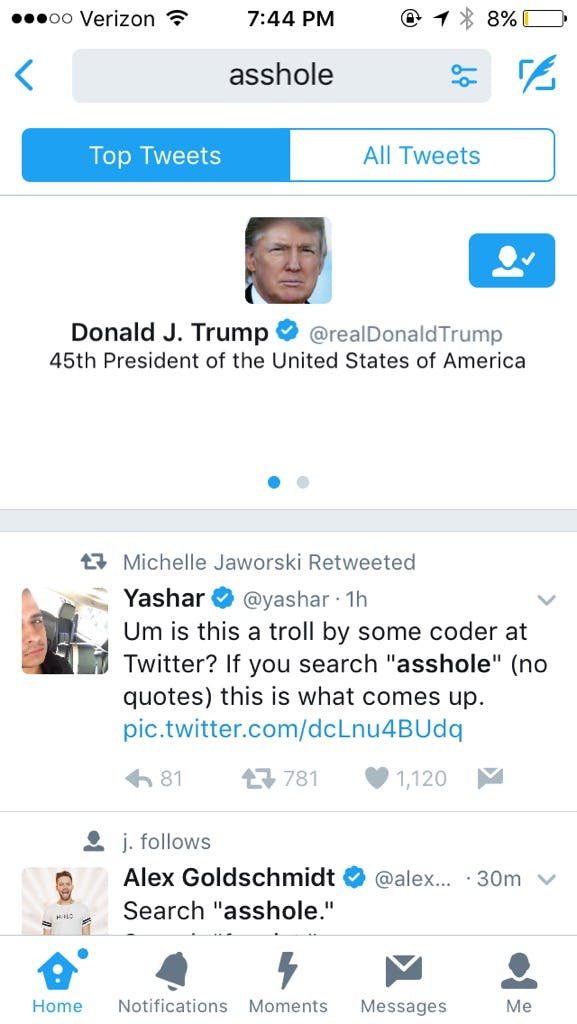 To fellow journalists tweeting about this Twitter search thing, it does cut both ways: pic.twitter.com/mzMB5wnGGt

I kid you not, if you search "dickhead" on twitter, @realDonaldTrump is the first option 😂😂😂 pic.twitter.com/ljRHueIiHU

I searched the words 'fascist', 'worst' and 'racist' here on Twitter. It's quite telling what results came up, or rather…..who. #Resist pic.twitter.com/aJW6WRCxkq

According to TechCrunch, Twitter’s short-term Easter egg for these hot search terms was first reported by a historian named Greg Jenner around 7:30pm ET.

Haha, type "asshole" into Twitter's search bar. Do it.

Hot tip for the day: If you search "asshat" on twitter you get the following recommended follow… pic.twitter.com/WFTE6LIpSc

When you do a Twitter search for "tiny hands" 😂😂😂 pic.twitter.com/G8Ed6SFgwg 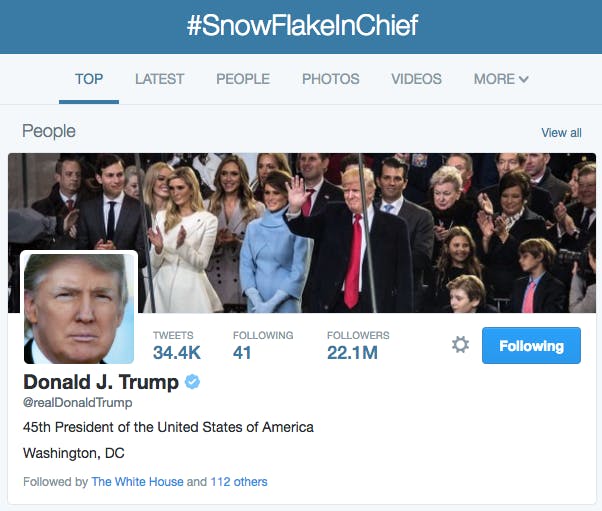 At 1am ET, only Twitter searches for “racist,” “tiny hands,” “golden showers,” “Putin puppet,” and “#SnowFlakeInChief” still yielded the president’s account, but Trump’s account has since been removed from the search results.

Twitter will certainly have some explaining to do. While other accounts appear under the same search terms, all others seem to either have the search term somewhere in their username or Twitter bio to trigger the search result. Trump’s appearance, however, seems to have been programmed into the results. 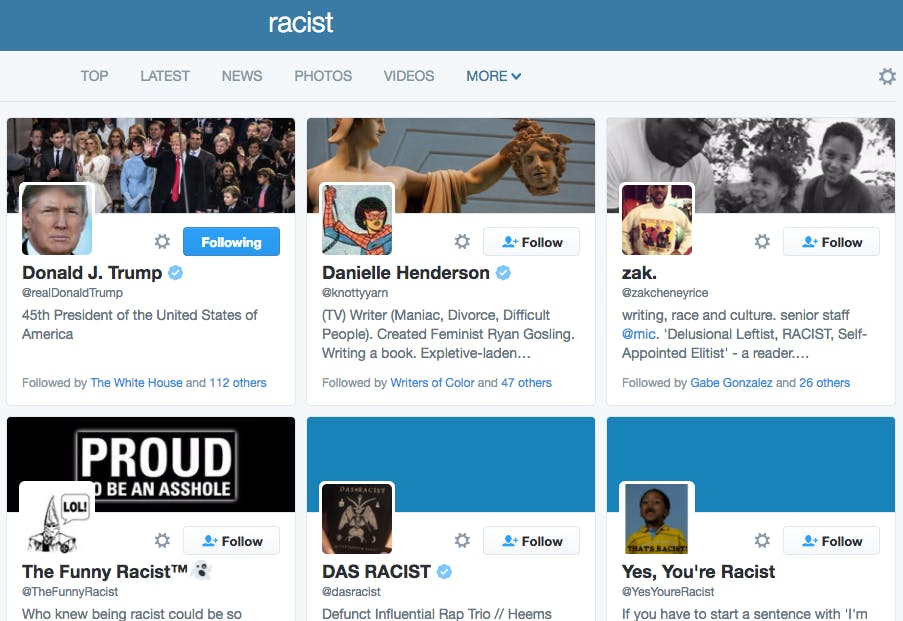 Twitter’s subversive diss at the president is reminiscent of a Google gaffes from 2005 and 2006, in which searches of the terms “failure” and “miserable failure” yielded results topped by President George W. Bush.