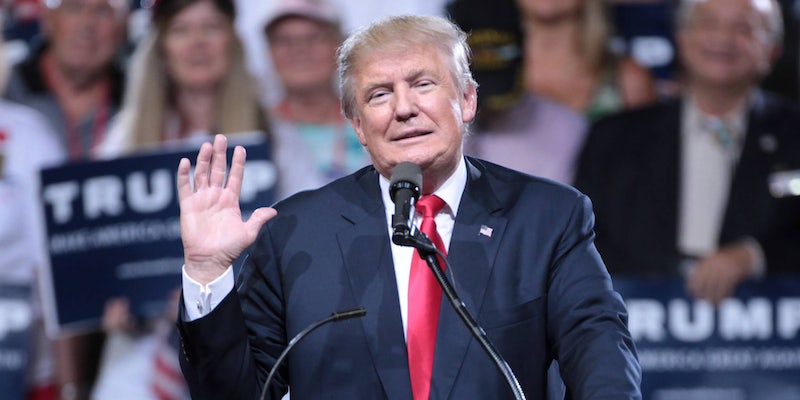 Last month, the New York Times revealed that Donald Trump may have been able to avoid paying taxes for nearly two decades by reporting a $915 million-plus loss on his 1995 tax return. But how he avoided paying taxes is now coming into question as a new report claims that Trump employed “legally dubious” methods to escape payment—so much so that his own lawyers said that that IRS would probably consider it “improper” if he was audited.

New York Times obtained documents that appeared to show that Trump may have used a tax loophole that had already been closed for corporations. Trump, who owned his Atlantic City casinos through partnerships at the time, could have manipulated the loophole through eliminating taxable income from his canceled debt for something called “partnership equity,” and therefore avoided having to report millions of dollars in canceled debt as taxable income. It’s unclear if Trump has actually used this method because he’s refused to release his tax returns—breaking from more than four decades of tradition from every major presidential candidate.

Trump’s tax lawyers at the time advised him against that plan and said that the IRS had six different reasons to challenge Trump if his taxes were audited.

Trump didn’t respond to requests for comment, but his spokeswoman Hope Hicks called the report’s claims “a fundamental misunderstanding or an intentional misreading of the law” and “a criticism, not just of Mr. Trump, but of all taxpayers who take the time and spend the money to try to comply with the dizzyingly complex and ambiguous tax laws without paying more tax than they owe.”

The loophole Trump potentially used to avoid paying taxes was eventually closed in 2004 by Congress—with then-Sen. Hillary Clinton (D-N.Y.) among those voting for it.

Read the entire report at the New York Times.