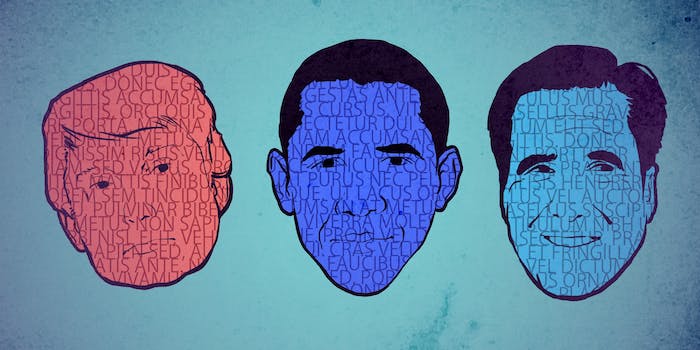 Donald Trump accepted the Republican party’s nomination on Thursday night in a stormy speech that enforced his image as the “law and order” candidate.

Trump’s remarks were some of the most explosive and fiery of his career. He blamed the Democratic party, including rival Hillary Clinton and President Barack Obama, for supporting policies that worsened conflicts in the Middle East and caused thomicide rates in American cities to skyrocket. He blamed illegal immigrants for a surge in crime. He referenced recent terrorist attacks in San Bernardino and Orlando and police shootings in Dallas and Baton Rouge declared the country in worse shape than ever before.

In order to remedy this, Trump called for a return to Americanism and a rejection of globalism.

We put Trump’s prepared remarks, leaked in advance on Thursday night, in a word cloud to get a better sense of the speech’s most dominant themes: 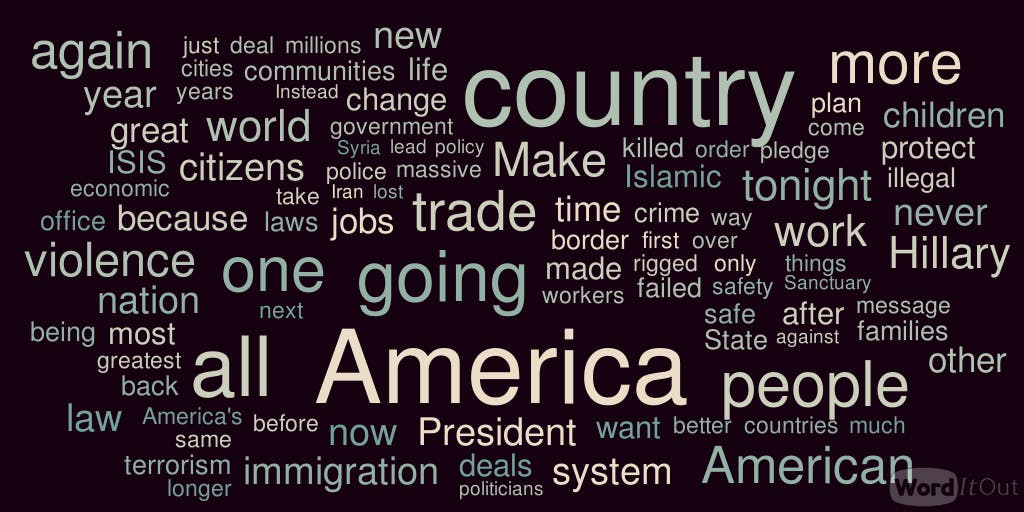 How does Trump’s speech compare to past conventions?

Here’s a look at Obama’s 2008 acceptance speech at the Democratic National Convention in Denver. Obama’s iconic speech focused on themes of hope and change. He promised to end the wars in Iraq and Afghanistan, improve the economy, and reduce our dependence on Middle Eastern oil by tapping into renewable sources of energy. Mitt Romney’s 2012 acceptance speech at the Republican National Convention in Tampa focused on increasing jobs and opportunities for business owners. He accused the Obama administration of crushing the middle class. Romney’s speech got a lukewarm reception; it ranked the lowest in Gallup’s ratings since Bob Dole’s GOP acceptance speech in 1996. Unlike Romney four years ago, the RNC crowd was in love with Trump’s speech on Thursday, chanting “U-S-A” and “Lock her up!” in reference to Clinton.

Trump had a better plan, though. Said Trump, “Let’s beat her in November.”