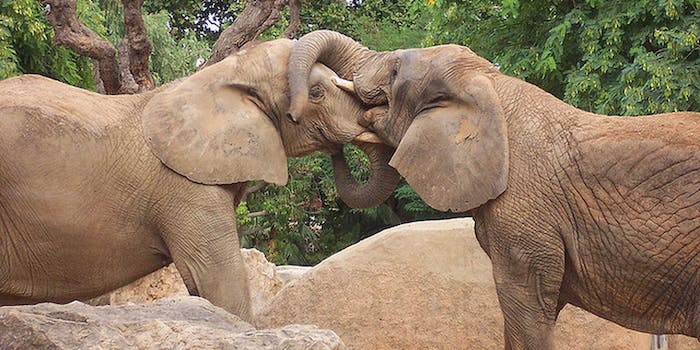 Two days after the Donald Trump administration lifted a ban on allowing Americans to kill elephants and import their body parts from Africa, he reversed himself on Friday evening.

Put big game trophy decision on hold until such time as I review all conservation facts. Under study for years. Will update soon with Secretary Zinke. Thank you!

Trump was blasted this week after reversing the anti-poaching effort put into place by Barack Obama in 2014. The move would have allowed hunters to bring in elephant body parts, like heads and tusks, from Zimbabwe and Zambia. Proponents of Trump’s decision to lift the ban said it would actually help conservation efforts.

But even some of Trump’s biggest supporters couldn’t fathom his original decision.

Others reminded us that Trump’s sons, Donald Jr. and Eric, are big-game hunters.

On Friday, the administration put its decision on hold.

.@realDonaldTrump & I have talked & both believe that conservation & healthy herds are critical…the issuing of permits is put on hold… pic.twitter.com/tdDf9GaqwR

The African bush elephant is currently listed as endangered under the Endangered Species Act, but a provision of the law allows for the import of trophies if it can be proved that hunting the animals contributes to conservation efforts.