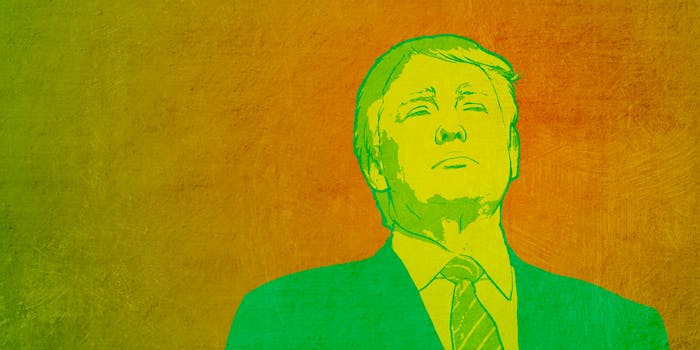 With just a few tweets, the alleged protester appeared to give away his name, birth date, and address.

In the aftermath of violence at a Donald Trump rally last week, Trump supporters on websites like 4chan and Stormfront say they’ve revealed the identity of one protester now famous for tackling a Trump supporter on live television.

With just a few tweets, the alleged protester appeared to give away his name, birth date, and address, illustrating just how easy it is to completely lose control of the information you put on the Internet. 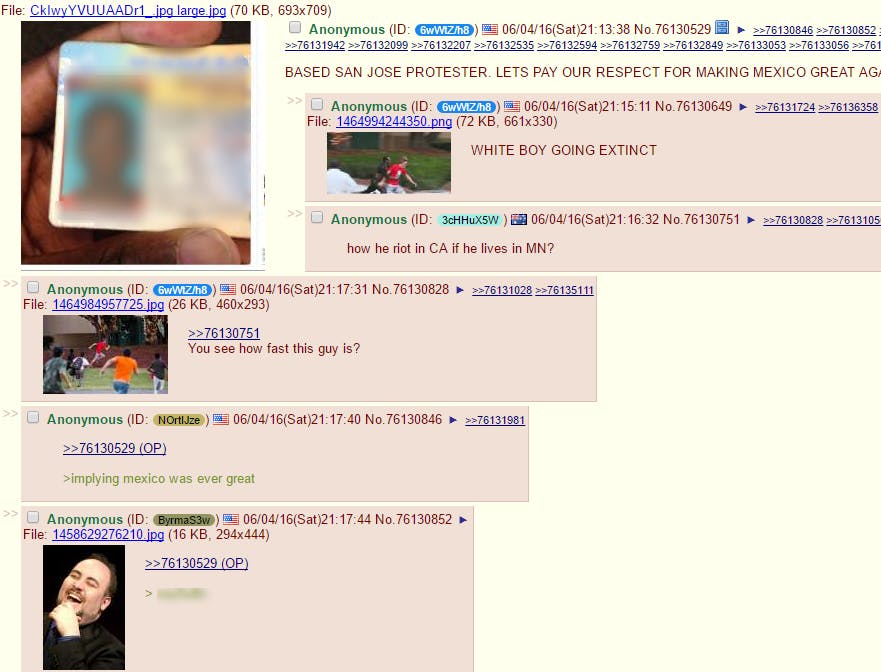 Video from Trump’s San Jose rally last Thursday shows a young black man chasing and tackling a young white man on to grass. That was one of many skirmishes that incensed Trump supporters (as well as many non-Trump supporters) online.

Outside Trump rally protestors chased down this kid and tackled him. When he got up we pointed him to police. pic.twitter.com/83O2oNzcMx

The clip spread quick and gained popularity, especially due to posts by the conservative blog Gateway Pundit.

Soon after the incident, one Twitter user took credit for the chase and even retweeted congratulations he received. When his online activity was spotted by Trump supporters, the self-proclaimed protester eventually protected and then deleted his Twitter account. By then it was too late.

On Saturday, they did just that, simply by digging through the alleged protester’s Twitter account and everything else online that had his real name on it.

The lengthy search revealed that the alleged protester was a teenager, a black Muslim, and a Somalian immigrant. On 4chan, Trump supporters found not only the alleged protesters online life—like his YouTube channel, Facebook profile, phone number, school, and Snapchat account—but also a photo of his state-issued identification card carrying an old home address.

The Daily Dot cannot confirm the veracity of the information as the alleged protester has disabled many of his online accounts.

On the white supremacist website Stormfront, Trump supporters wished someone would go around to “meet” the alleged protester in a push for retaliatory violence.

Trump rallies have seen violence from both sides in the last year, a fact that’s been especially apparent in California, which hosts a primary vote on Tuesday.

Five months remain in the 2016 presidential campaign and it appears that sporadic flare ups of violence may very well remain a fixture of this tense contest.