There are a lot things one does not expect to see while watching porn—a dry academic lecture on the economic benefits of Italy leaving the European Union, an old black and white Mickey Mouse cartoon, or the smiling face of 2016 Republican presidential nominee Donald Trump.

Nevertheless, the internet is full of surprises.

Here’s an example of one of the ads: 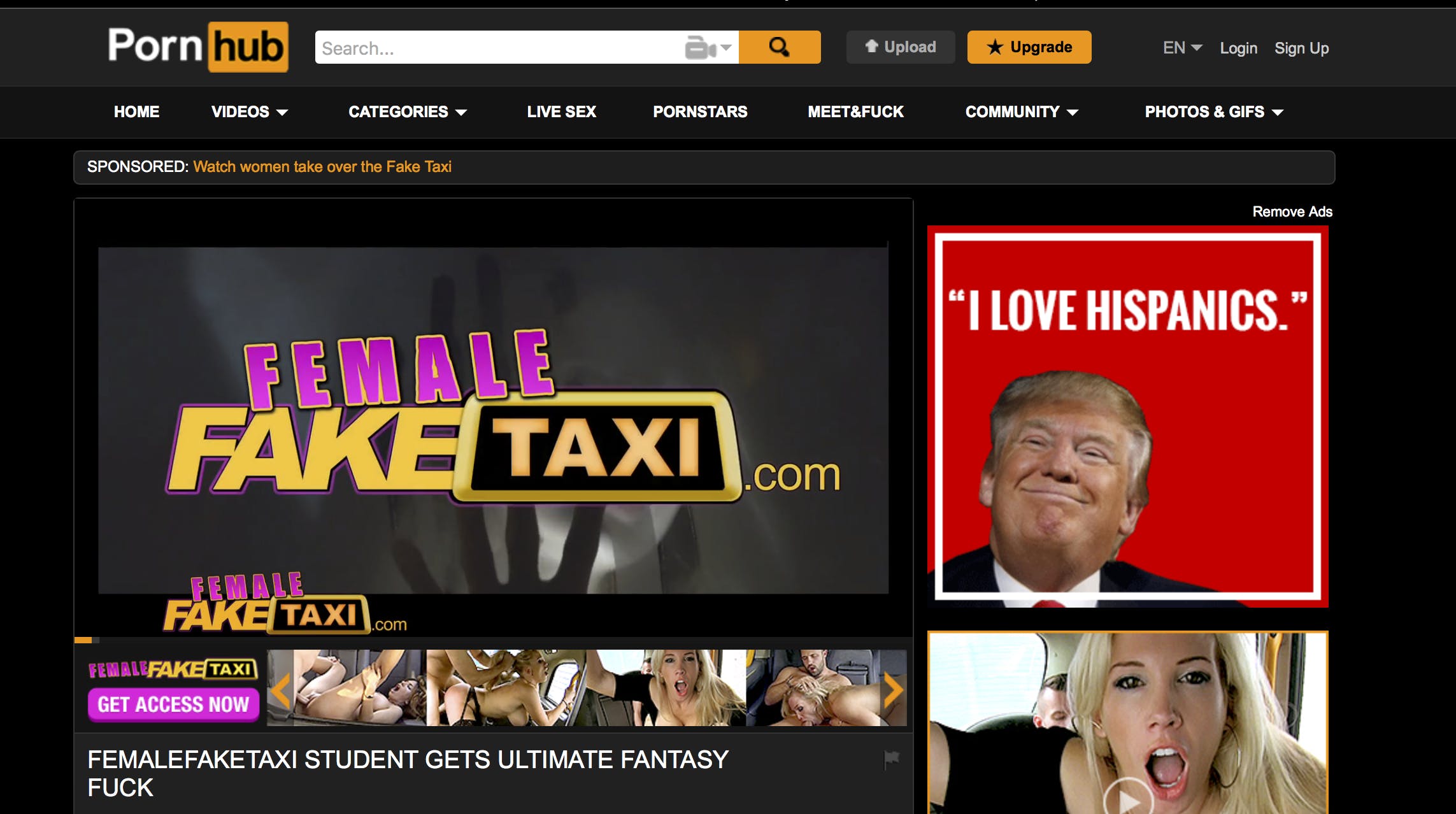 Clicking through the ads leads to the donation page on Donald Trump’s official campaign website, but a specific donation amount automatically comes pre-loaded as a suggestion. That amount, of course, is $69. (Nice) 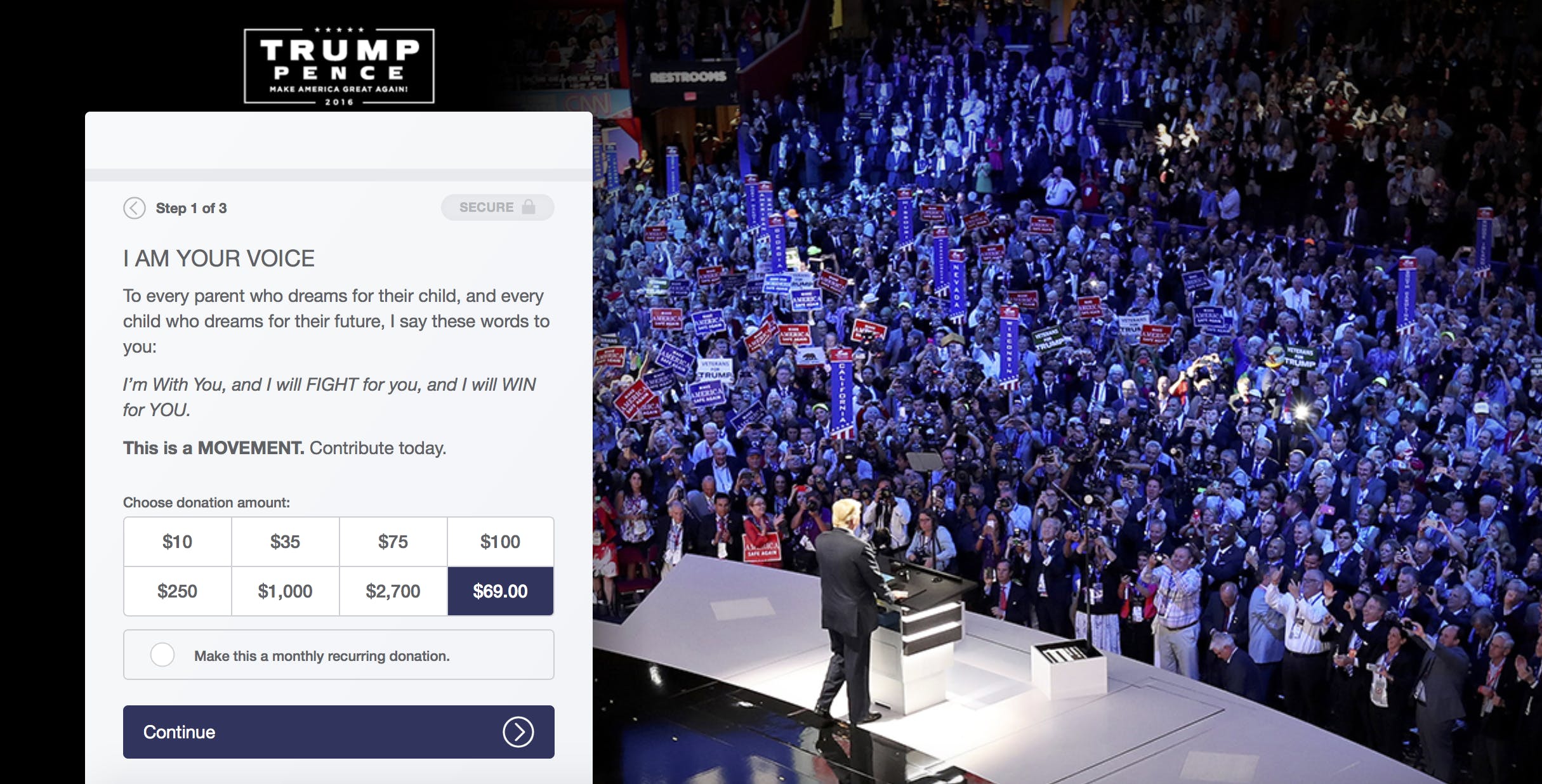 Now, at this point, there’s probably a question slowly forming in the back of your mind, a question you probably don’t want to be forced to actually articulate due to the mental—and possibly physical—image it conjures.