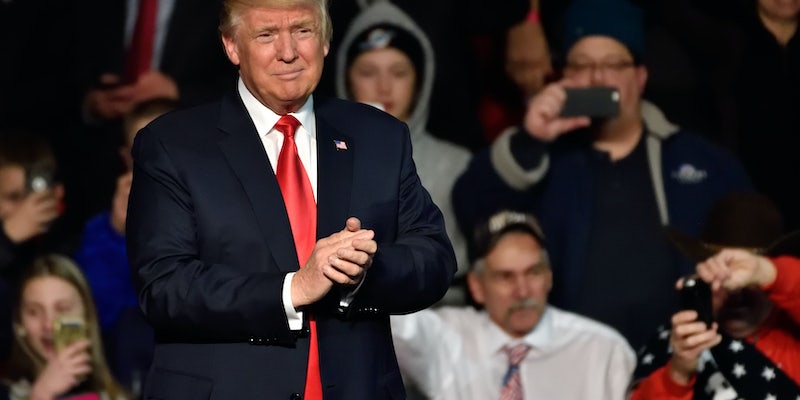 There's no way this is going to end well.

In case you were not paying attention to the internet last night, BuzzFeed published an unsubstantiated document that had been circulating among intelligence services and elected officials. The documents claim the Russian government has a tremendous amount of compromising information on the president-elect.

Trump took to Twitter to vehemently deny the allegations.

Intelligence agencies should never have allowed this fake news to "leak" into the public. One last shot at me.Are we living in Nazi Germany?

The only way to prove whether video of Trump watching a sex act in Moscow exists is to procure the video itself. And Penthouse just fired a big salvo.

ATTENTION:
We are offering up to $1-million for exclusive rights to the FSB tapes of Donald Trump's #goldenshowers

If the Trump video really does exist, it is most likely in the possession of the Russian Federal Security Service, which probably wouldn’t pass it along to Penthouse.

In 1988, Hustler Magazine took a defamation suit filed by Jerry Falwell to the Supreme Court and won. In 2000, Playboy defeated the U.S. government in the Supreme Court, after Congress tried to restrict lewd content on cable. Penthouse would no doubt love to join that list of legendary free speech victories.