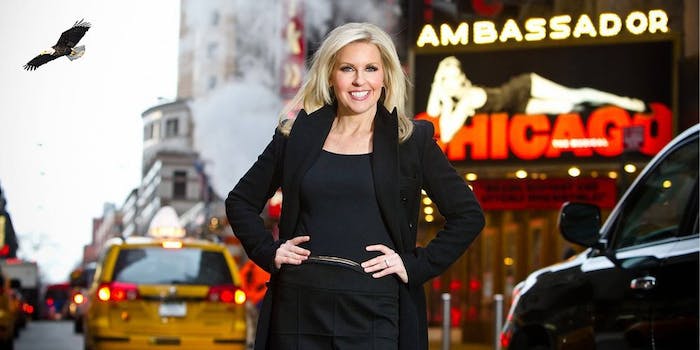 Trump's transition team stands by her.

According to the CNN Money report, more than 50 instances of plagiarism were found within Crowley’s book. Many of these examples were lifted from news articles, other columnists, and Wikipedia—several of the sections contained work from National Review author Andrew C. McCarthy, a friend of Crowley’s.

In December, President-elect Donald Trump named Crowley as his senior director of strategic communications for the National Security Council. While Crowley did not respond to CNN’s request for comment, Trump’s transition team is supporting the appointee with this statement to CNN Money.

“Monica’s exceptional insight and thoughtful work on how to turn this country around is exactly why she will be serving in the Administration. HarperCollins—one of the largest and most respected publishers in the world—published her book which has become a national best-seller. Any attempt to discredit Monica is nothing more than a politically motivated attack that seeks to distract from the real issues facing this country.”

Included in CNN Money’s report are side-by-side sections from Crowley’s book and works in which the section appears to be plagiarized from. 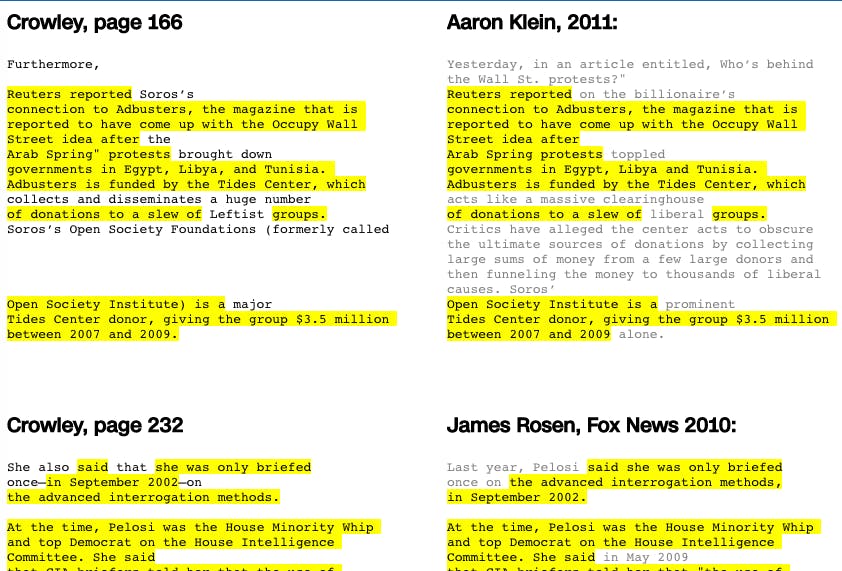 Entire paragraphs highlighted from articles from Fox News, BBC, and entities including Investopedia.com, the Heritage Foundation, Blogspot, Wikipedia, and the Miles Institute are featured in the report.

Among other plagiarized sections from Crowley’s book are also word-for-word phrases lifted from the Associated Press, the New York Times, Politico, the Wall Street Journal, and more.

In addition to being a Fox News contributor, Crowley is a syndicated radio host and columnist. According to Politico, Crowley’s Fox News contract was terminated after her appointment announcement.