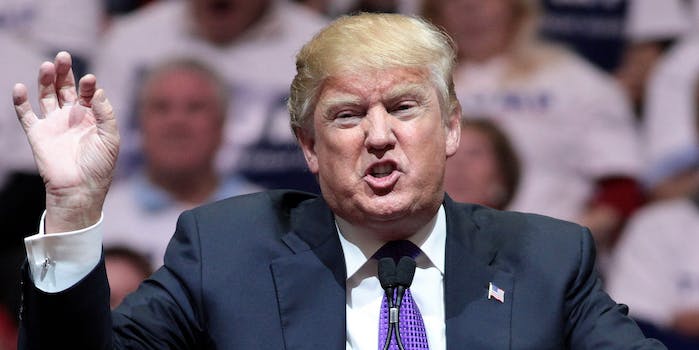 And you thought the 2016 election was already scary.

If you already love this weird presidential election but want it to be a little more like a Hollywood horror flick, China has just the thing for you.

The Jinhua Partytime Latex Art and Crafts Factory is famous for making odd masks including one of Osama bin Laden, Reuters reports. Now it’s getting into even stranger territory: the 2016 presidential election.

Go inside the Chinese rubber mask factory that is building a Donald Trump stockpile https://t.co/y4tn4HypEQ pic.twitter.com/B5TwPsLwfp

⚡️ "How a Trump mask is made" by @Reutershttps://t.co/SPBXuKjjoU

Not good enough for you? Here is what appears to be the skin of Hillary Clinton‘s face being prepared for the next human being who pays $5 for it.

A worker checks a mask of Hillary Clinton that she just painted at a factory in Jinhua, #China. pic.twitter.com/vquPLTxUJF

The metaphors are too much to handle, and the images are haunting. Halloween this year will be hell.