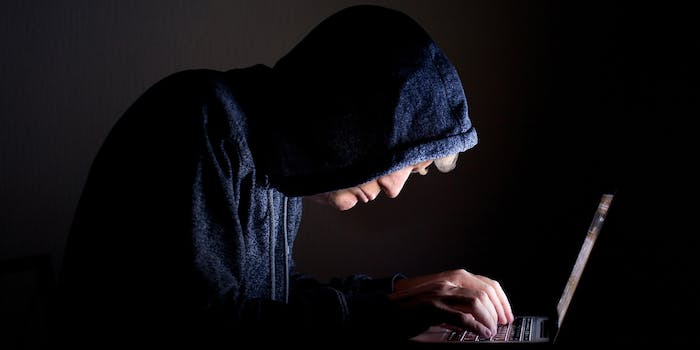 Trump sought to minimize the significance of the DNC hack, comparing it to the OPM hack of late 2014.

President-elect Donald Trump on Friday morning called the investigation into Russian meddling in the 2016 election a “political witch hunt” by adversaries “embarrassed” by his victory.

“They got beaten very badly in the election,” Trump told the New York Times by phone, roughly three hours before a meeting in which the nation’s top intelligence and law enforcement officials will brief him on the Russian government’s involvement in the 2016 cyberattacks targeting Trump’s political opponents.

Trump also sought to downplay the significance of cyberattacks targeting the Democratic National Committee (DNC) and Hillary Clinton’s campaign chair, John Podesta, suggesting it was a minor event compared to the late 2014 infiltration of the Office of Personnel Management, which resulted in the theft of the personal details of some 22 million U.S. federal employees. “China, relatively recently, hacked 20 million government names,” Trump said. “How come nobody even talks about that? This is a political witch hunt.”

Chinese government officials have repeatedly denied the OPM hack was state sponsored. Chinese authorities reportedly arrested a group of hackers implicated in the breach in September 2015.

“With all that being said, I don’t want countries to be hacking our country,” Trump told the Times reporters. “They’ve hacked the White House. They’ve hacked Congress. We’re like the hacking capital of the world.”

Trump, who been friendly with Russian President Vladimir Putin, went on to criticize the DNC for not granting federal investigators direct access to its breached servers. “How can you be sure about hacking when you can’t even get to the servers?” he asked.

The DNC and FBI have issued contradicting statements regarding the servers: The DNC claims the FBI never requested access to its hardware, while a senior law enforcement official has claimed the FBI asked repeatedly to examine the device.

On Jan. 5, NBC reporter Ken Dilanian tweeted that a source close to the investigation said the FBI “didn’t need the DNC servers because it already had the forensic data from upstream collection.” (Upstream, first disclosed by whistleblower Edward Snowden, enables the National Security Agency (NSA) to copy and search vast quantities of data leaving and entering the country along the “backbone” of the internet, the network infrastructure linking the United States to the rest of the world.)

During a new conference in July, Trump controversially urged the Russian government to hack his opponent. “I will tell you this, Russia: If you’re listening, I hope you’re able to find the 30,000 emails that are missing,” Trump said, referring to emails stored on Clinton’s infamous private email servers.