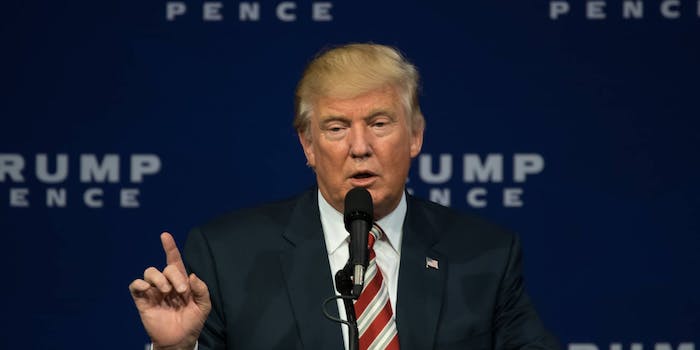 The claim has been repeatedly disputed by experts.

In his first official meeting with members of Congress as president, Donald Trump repeated his false claim that as many as 5 million unauthorized immigrants illegally voted in the 2016 general election.

Trump first made the claim in the weeks after his electoral college victory.

That assertion was assailed by experts almost immediately, with Trump offering no concrete evidence of any illegal activities.

We had 1,100 people monitoring the vote on Election Day. We saw no evidence the election was “rigged” no matter what Stein or Trump say. /1

Despite no one challenging the veracity of Trump’s electoral college win, the president began his first official meeting with Congress by insisting he should have won the popular vote in the election.

From the New York Times:

Several people familiar with the closed-door meeting Monday night, who asked to remain anonymous in discussing a private conversation, said Mr. Trump used the opportunity to brag about his victory.

As part of that conversation, Mr. Trump asserted that between three million and five million unauthorized immigrants voted for Mrs. Clinton.

The meeting took place last night in the State Dining Room at the White House, and it included a number of Democrats and Republicans in congressional leadership. According to the Washington Post, the first 10 minutes of the meeting were dedicated to the election, before moving to the president’s legislative agenda.

House Minority Leader Rep. Nancy Pelosi (D-Calif.) characterized the gathering as “interesting,” saying that a number of topics were discussed, including infrastructure and the GOP’s plan to replace the Affordable Care Act.

When asked if the president said anything that shocked her, Pelosi said, “Well, I won’t even go into that.”