The joke's on us.

On Wednesday, Cards Against Humanity announced a survival kit specifically designed for the post-apocalyptic world that the game’s creators envision accompanying a Trump presidency.

The $25 Donald Trump Bug-Out Bag includes a variety of items one might find useful while, say, scraping together a living as a rat merchant on the burnt-out boardwalks of Atlantic City. Packed into a handy black duffle bag are items like a gas mask, a compass (it’s a thing people used to figure out where they were going before GPS), a space blanket, and a can of beans. 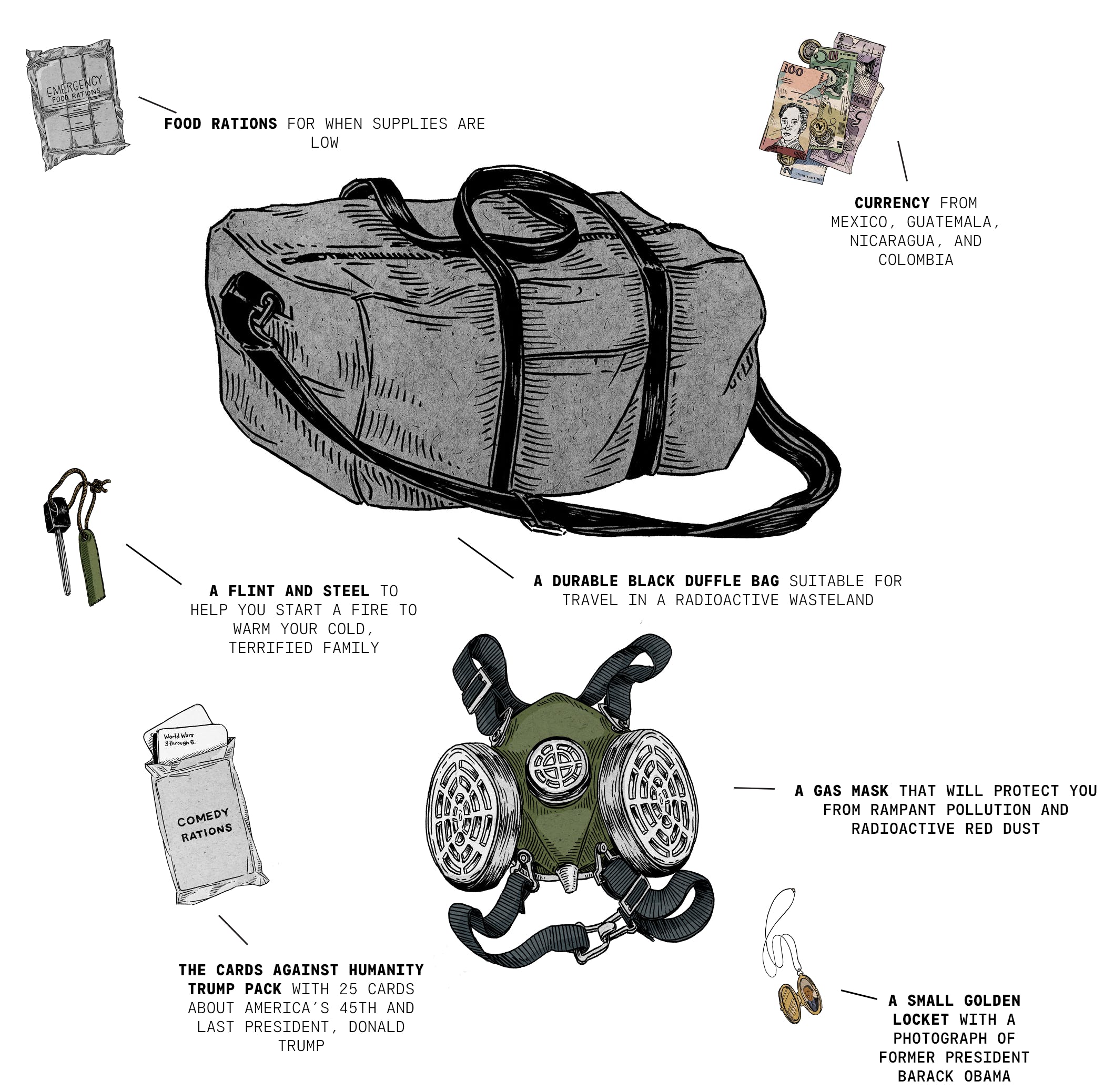 “We were inspired to make this survival kit so that our families wouldn’t immediately perish after Trump seizes control and the Republic crumbles,” Max Temkin, co-creator of Cards Against Humanity, told the Daily Dot in an email.

As the presumptive Republican presidential nominee, Trump has inspired countless doomsday fears throughout the nation—particularly for the group of people considering a move to Canada if he’s elected—and prompted the creation of competing “against humanity” card games. But the theory that the former reality-TV star could usher in the end of civilization as we know it gained credence in serious circles thanks to writer Andrew Sullivan’s recent essay for New York magazine.

Citing the theory of “late-stage democracy” laid out in Plato’s Republic, Sullivan warned that Trump was “a demagogic, tyrannical character plucked directly out of one of the first books about politics ever written.”

“In terms of our liberal democracy and constitutional order, Trump is an extinction-level event,” Sullivan concluded. “It’s long past time we started treating him as such.”

So it makes sense that you’ll get your very own copy of Plato’s Republic in your Trump-proof duffle bag.

For those of you who see hellfire and brimstone resulting from a Hillary Clinton presidency instead, don’t get your hopes up for a nifty Cards Against Humanity survival kit—they aren’t making one.

“We don’t need to create a Hillary Clinton survival kit because her presidency would not destroy the social and economic framework of our country,” said Temkin. “Even if you don’t agree with all of Hillary’s policies, to quote [conservative author] P.J. O’Rourke, ‘[She may be] wrong about absolutely everything, but she’s wrong within normal parameters.’”