What if the next Anaconda movie was set in the U.S. Senate? I know you’re already ready to buy a ticket, so I’ve got good news. 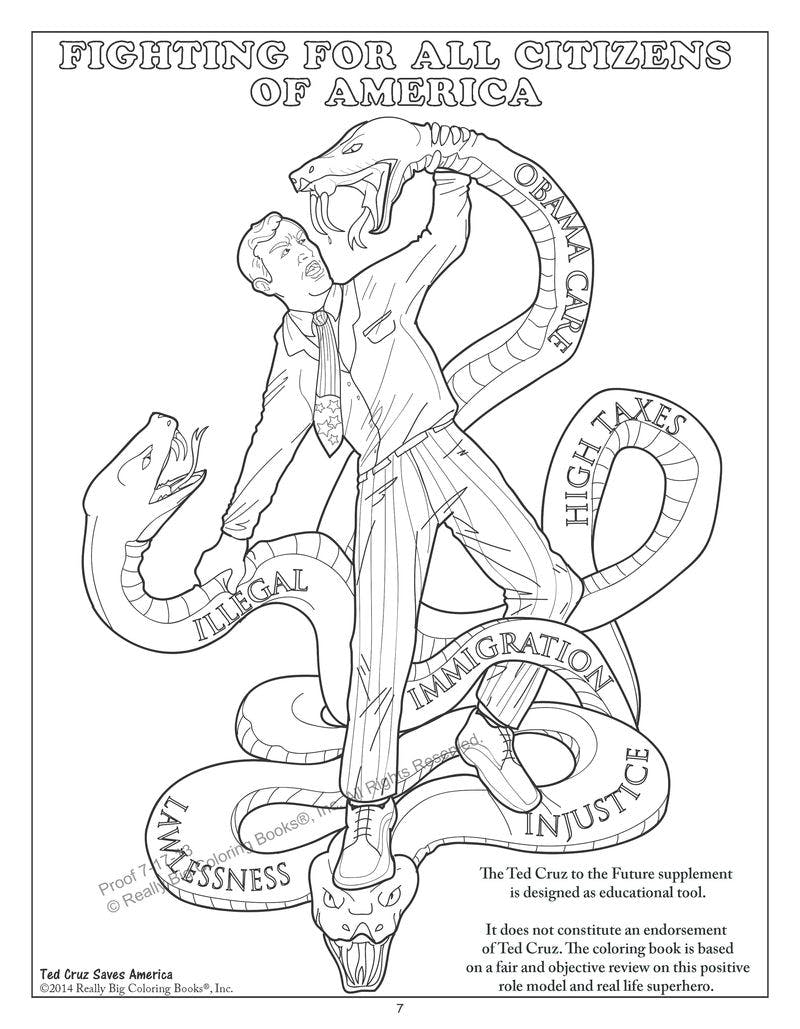 It’s “an educational supplement,” publisher Really Big Coloring Books explains, but “it does not constitute an endorsement of Ted Cruz.” The publisher says the book was the number one selling coloring book on Amazon for “about 20 weeks.”

“The coloring book is based on a fair an objective review on this positive role model and real life super hero.” 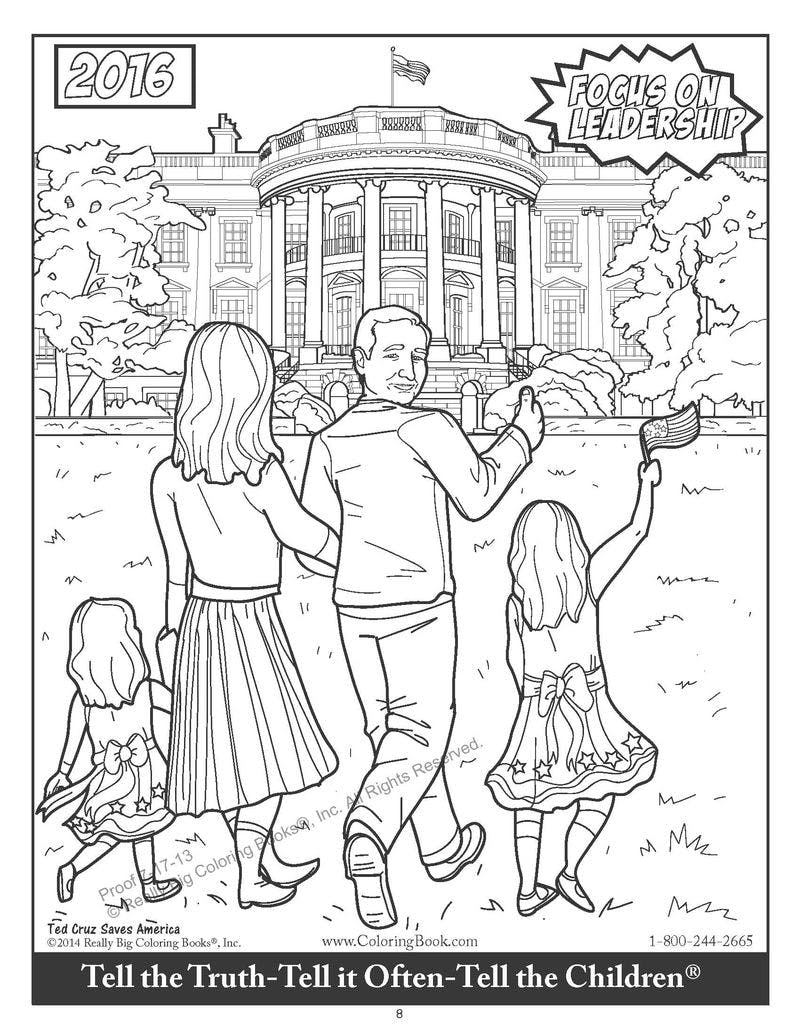 The rest of the pictures—like Cruz and his family walking into the White House in 2016—are equally “not” an endorsement but nothing really touching the fever-dream politics of the mutated killer snakes.

Now if you’ll excuse me, I need a glass of water. The snakes will return. They always do. Hissssssssssss.