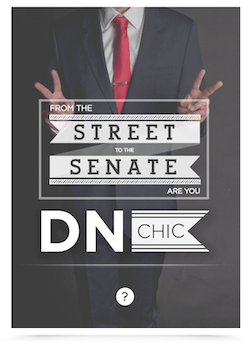 Reporting from the fashion-forward front lines of the Democratic National Convention.

Washington, D.C., is a city so sartorially stultifying that even John Molloy, the man who wrote Dress for Success, found the drab conformity to be soul-killing. When the Obamas tried to brighten things up with a fashion executive as Social Secretary, it lasted about as long as a Philip Treacy hat in the rain before Washington sent her scurrying back to her previous life.

But don’t despair, you closet fashionistas toiling away as support staff for the sub-assistant-deputy aides of the world. Even if you can’t strut your stuff at home, you can at the Away Party for Obama Administration Wonks, otherwise known as the Democratic National Convention.

And DNChic will be there to capture it.

“Whether you are on the street or in the Senate, we’re snapping the best looks of the 2012 DNC in Charlotte, North Carolina,” trumpets the Tumblr’s tagline, and while the official event has yet to begin, they’ve already filed some reports from the field. 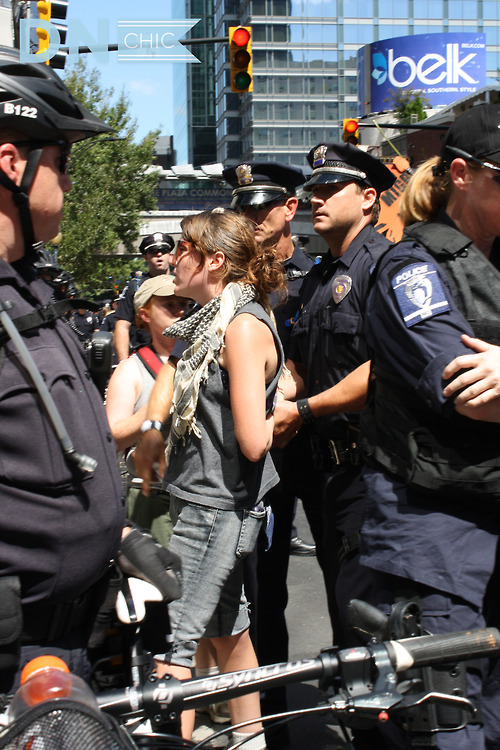 Over the weekend they reported on a young woman from the March on Wall Street South who was wearing a kaffiyeh, adopted as the hipster scarf of preference, over her face. Police interpreted this as a “mask,” and masks are illegal in the vicinity of the convention, so they arrested her, even though the convention was still several days away. Who knew accessorizing could be so controversial? 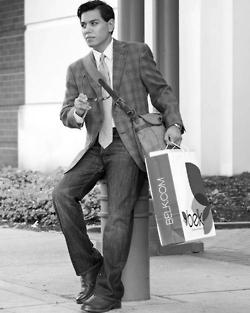 On a lighter note, they also reported on a fashionable initiative by department store Belk: to give makeovers to deserving delegates. Judging by the before-and-after photos of Ivan Cerda, we’d have to say this one should pass unanimously. Back home in Nashville, Cerda works with at-risk youth, and he’s the first Latino elected to be a delegate for a Tennessee district. And now, Belk has found the time to teach him about the finer points of mixing dark weathered indigo with shadow plaid.

You may scoff, but never forget that people who listened to the Nixon-Kennedy debate were certain that Nixon had won. Those who used the newfangled television to watch the telegenic Kennedy spar with the sweaty, beady-eyed Nixon felt the opposite. John Edwards built an entire career out of being really, really ridiculously good-looking. And those beautiful British spread collars can’t have hurt Rhodes Scholar and Clinton Senior Adviser George Stephanopoulos, the first White House Staffer to have an official fan club.

For once, leave the navy suit at home and get dapper/chic as the case may be. Fashion, too, is an equal-opportunity employer, so work it, wonks!