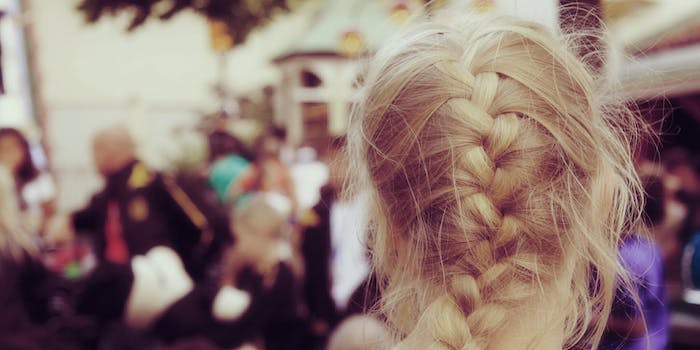 When diversity is exclusive

When "women in tech," takes up diversity focus, other groups feel left out.

There is no one-size-fits-all approach to diversity in technology. Despite tech company rhetoric, some people feel they’re not represented.

Erica Baker, an engineer at Slack, describes this as “Colorless Diversity.” In a blog post titled “#FFFFFF Diversity,” Baker explains that the industry largely led by white men tends to focus diversity efforts on white women, while underrepresented minority groups don’t get as much attention or support.

Corporations that practice Colorless Diversity do not see lack of racial diversity and representation as an important problem to be solved. To bring up racial diversity is to invite a discussion on model minorities (“Look, we have Asians!”) and have the subject be dismissed. The “women’s issue,” on the other hand, is urgent. As a result of familial bonds and their savior complex driven need to rescue the damsel in distress, the white-male employees of the white-male dominated industry have learned to empathize with the struggles of their women in tech.

Women in tech events are not immune to this kind of diversity blindness. Baker notes that the Grace Hopper Conference (GHC), the largest gathering for women in computing attracting more than 12,000 attendees to Houston on October 14 through 16 “could not manage to find one black woman to be a ‘headline’ speaker.”

High-profile headline speakers include Facebook COO and Lean In author Sheryl Sandberg, the U.S. CTO Megan Smith, and YouTube CEO Susan Wojcicki. Elizabeth Ames, senior vice president of marketing at the Anita Borg Institute, the organization that puts on GHC, clarified there is one black woman among the event’s speakers and honorees: chief data scientist at SanDisk, Janet George, who is speaking on Friday.

“We actually have a substantial number of black women who are here at the conference,” Ames said in an interview with the Daily Dot. “And while it may not be perfect, and it may not be up to any one particular individual’s standards, there are women of diverse backgrounds that are on the main stage.”

GHC faced controversy in the past for diversity missteps. Last year, the organization hosted a Male Allies panel of all white men that provided bad advice to attendees and became a conference joke when engineer Leigh Honeywell anonymously distributed Ally Bingo containing the numerous stereotypical talking points men rely on when speaking about diversity. Referencing mothers and daughters as inspiration to further diversity goals, a cause of Colorless Diversity, was one of the bingo squares the audience marked off.

Blake Irving, the CEO of GoDaddy was on last year’s panel. He returned to GHC this year as a plenary speaker. In a press release, the Anita Borg Institute highlighted the “leading men” attending the conference this year as special guest speakers “serving as strong role models at their organizations across academia and industries.”

It’s important to include men at the event because the problem isn’t going to be solved by women alone, Ames said.

Microsoft CEO Satya Nadella keynoted the conference in 2014, and his appearance turned into an embarrassing debacle when he advised women not to ask for raises. The conference asked him to speak again this year, but  Nadella declined the invitation to listen and learn from other people’s experiences instead.

Baker had the opportunity to attend GHC, but told me she decided not to go. “You cannot tell me with that number of attendees last year, that you can email with the companies that are sponsoring, that they couldn’t find a black woman,” she said in an interview with The Daily Dot. “That’s absurd. Their network, their reach for women in tech is huge.”

According to a report by USA Today, ethnic minorities are vastly underrepresented in the tech workforce—and it can’t be blamed on the pipeline, or those individuals graduating from high school and college trying to get jobs in tech. African American and Hispanic professionals (jobs that include lawyers, accountants, and marketers) at Facebook, Google, and Yahoo, make up 5 percent of the workforce, compared to 13 percent of college-educated professionals in the U.S.

The Salesforce conference in September also highlighted the major ways executives are focusing diversity efforts on women while not providing opportunities for other underrepresented groups. In a panel called Advancing Women in the Workplace, Salesforce cofounder Parker Harris told moderator Kara Swisher that the company is “focused on women,” instead of other minorities.

I have employees, that are, you know, other types of diversity coming to me and saying well why aren’t we focused on these other areas as well, and I said yes we should focus them but, you know, the phrase we use internally is “If everything is important, then nothing is important.” And we repeat that over and over again.

TechCrunch’s all-women diversity panel at Disrupt in September also neglected to include an African American participant. However, engineer Tracy Chou explicitly pointed out that the conversation around diversity tends to be geared toward women, while other forms of diversity like race and socioeconomic class can be largely ignored. Women make up 50 percent of the population, so gender disparity is much more obvious within companies, she said.

Baker’s frustration and feelings about the lack of representation at the event this year are echoed by other black women in tech. Mathematician and engineer @grisuy, who asked to be identified by her Twitter handle, was also given the opportunity to attend GHC this year, and declined.

“In the end I realized I am not that excited about GHC,” she explained via Twitter. “I know I am supposed to be, but I look at the speakers and events and it feels like an event for white women in tech not an event for women in tech. I think it’s great that Sheryl Sandberg has achieved all she has, but she is not a role model that appeals to me. Then I see them tooting, ‘Look we have men speaking,’ and I wonder, ‘Where are the speakers representing diverse women in tech?'”

Ames said that the organization doesn’t track diversity data on the speakers, though it might be something organizers consider in the future. Most of the speakers and sessions are selected through a call for participation, she said, and speakers submit themselves. However, GHC might do more outreach to underrepresented communities to increase diversity among the speakers, she said.

Additionally, Ames said that she doesn’t think that avoiding the conference is the best way to address the complaints women like Baker and @grisuy have.

“One of the things that kind of disturbs me about some of the things that I read is ‘I’m not going to participate,’” she said. “I don’t think that helps to solve the problem, to remove yourself from participation. I kind of feel like saying to people: ‘Come, double-down, participate more. Help us figure out how to bring more women of color in.’”

Criticisms of the event don’t mean that companies should stop focusing on initiatives that provide support for women in technology, or that such initiatives aren’t improving the culture of the tech industry. Rather, advocates insist that the scope of diversity should include people from all diverse backgrounds—using inclusion and diversity interchangeably with advancing or supporting one group in particular is neither inclusive nor diverse.

Race and gender aren’t the only underrepresented identities in the tech industry, to be sure. Other aspects of diversity include sexual orientation, disability, age, educational background, and much more. To highlight the ways companies are ignoring these groups, Baker started #RealDiversityNumbers, a hashtag that gained widespread popularity for calling out questions companies should really be asking themselves when focusing on diversity.

There are events and companies that explicitly focus on intersectionality to empower all marginalized groups, including the Tech Inclusion, AlterConf, and the Rainbow PUSHTech2020 conferences. And work being done by startups like Clef, which open-sourced its company policies in an effort to both educate startups about building inclusive companies and to get feedback from underrepresented individuals, provide opportunities and resources to people and companies who want to expand the scope of their diversity efforts.

Instead of GHC, Baker is attending !GHC, a dinner and event in the Bay Area Thursday night. Host Tess Rinearson invited women in tech who aren’t at this week’s event to hear presentations from engineers Alicia Liu and Jamesha Fisher, and designers Ash Huang and Julie Ann Horvath. It is a women-only event.

Rinearson said !GHC isn’t meant to be an anti-Hopper Conference event—she attended GHC once with male colleagues and found it helpful. Rather, it’s “a very women-driven, grassroots, very small and authentic event that’s run by women and for women and responds to things that the community wants and wants to see,” she said.

For thousands of women in Houston this week, GHC will likely be an inspiring and motivating experience, and many of them might leave with pockets full of business cards and job interviews lined up. But for others, it’s yet another reminder that the scope of diversity efforts can often feel quite narrow.