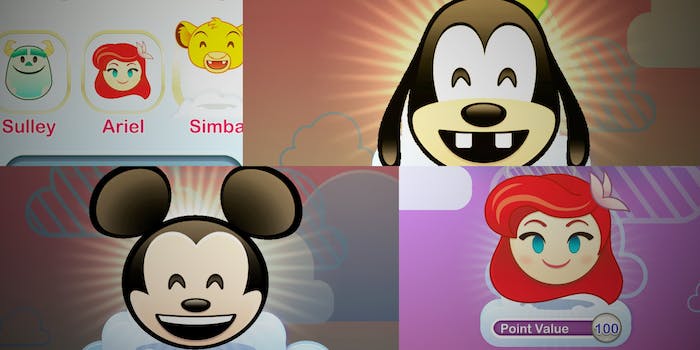 It's a whole new world, in emoticon form.

‘Tis the week of nostalgic games! If you’re not into Pokémon or classic NES, then perhaps this Disney app that lets you play with and send out Disney character emoji is more to your liking.

Emoji Blitz is a new mobile app that spruces up your device keyboard with your favorite characters from the Disney universe. However, rather than just outright giving you access to all the character sets–there are currently 33 available–the app lets you earn them by means of a fun and easy game.

Here’s how the game component works: After entering your age (I know, I’m old!), you can pick a Disney character emoji to use first—it instantly unlocks that emoji on your keyboard. Each one has a “power up” specific to their character:

The game is pretty much your basic Bejeweled clone: You have a minute to match three similar emoji in a row to gain points, and four emoji in a row to create a lightning cloud that will zap emoji in the same column or row when used on one next to it. Every point gained increases the power level of your main character emoji; once full, you can use it to clear more emoji. The further you get in the game, the more tricks you can learn to do to gain more points. Points give you coins, and coins let you unlock more Disney emoji. It’s that simple. 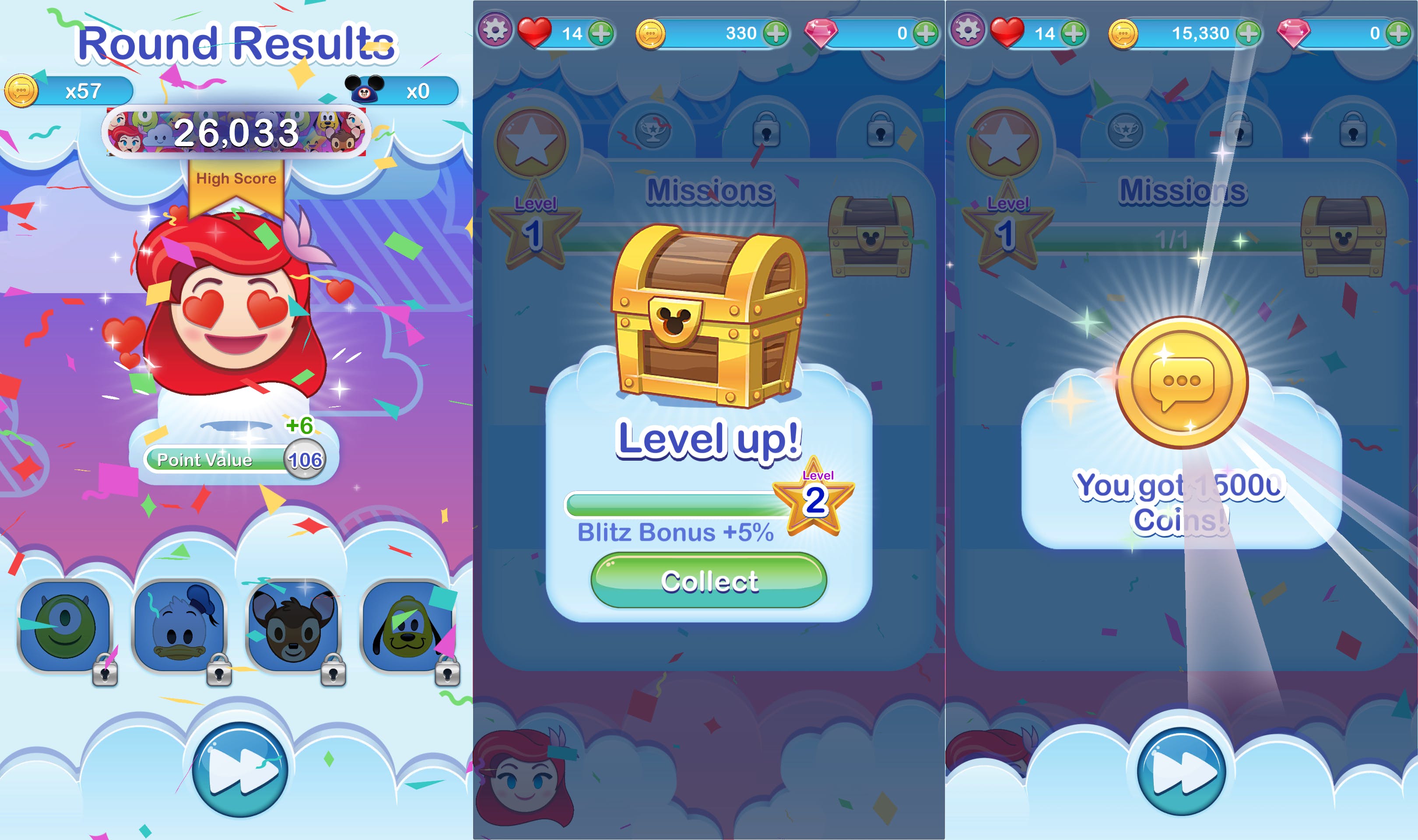 There are other things you can do in the game, like earn bonuses, collect Disney souvenirs, and of course, purchase stuff within the app to get further in the game or get access to more Disney emoji. You can also complete missions to level up and earn prizes.

To start using the Disney emoji in your messaging platforms, make sure you turn the keyboard on so it starts showing up under your “Change keyboard” choices. For Android devices, it’s under Settings>Language & keyboard>Current keyboard>Choose keyboards. You can also tap on the Settings icon within the app and it’ll lead you directly to your device’s menus where you can do all of the above. Once it’s enabled, you can go crazy sending out Disney characters to all your pals who love them as much as you do.

One thing to note: Emoji Blitz–which is available on both iOS and Android platforms–is purely an emoji keyboard. If you want to type a text message using the alphabet, you’d have to revert back to your previous keyboard. For any Disney diehard, however, having the option to converse in Ariel or Goofy heads is worth the tiny inconvenience.