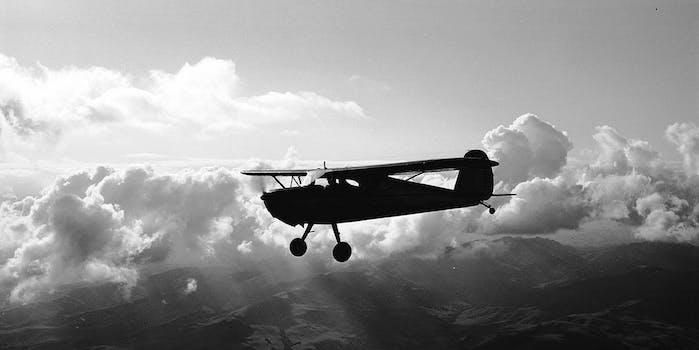 The Department of Justice is targeting cellphones with fake, airborne cell towers

The program targets criminals but collects from everyone.

The U.S. Marshals Service (USMS) uses small Cessna planes with “dirtboxes”—fake cellphone towers—designed to vacuum up data from nearby mobile phones. The stated target is, of course, criminals, but the dirtboxes collect unique IDs and location data from all devices. Data from phones not targeted by law enforcement are then eliminated.

This collection has been occurring for seven years, reports say. Federal agents have operated Cessna collection planes out of five major metropolitan airports, with a “flying range that covers most of the U.S. population.” To save money, each flight targets multiple fugitives. Operations occur on a regular basis.

The legality of the dirtbox program is unclear. Critics point to potential violations of the Fourth Amendment, which prohibits unreasonable searches and seizures. Sources in the Wall Street Journal‘s story preemptively defended the program, saying the dirtbox operations required court orders before launching.

An official at the Department of Justice speaking to the Guardian declined to confirm or deny the existence of such a program, but said the department operated within the bounds of the law. The official then warned against any discussion of the program, should it even exist.

“Discussion of sensitive law enforcement equipment and techniques would allow criminal defendants, criminal enterprises or foreign powers to determine our capabilities and limitations in this area,” the official said. “In deploying any such equipment or tactics our federal law enforcement agencies comply with federal law, including by seeking court approval.”

Subsequent investigation has found that the Drug Enforcement Agency uses dirtboxes as well.

The DEA has dirtboxes too. Redacted document found by the always excellent @maassive at @EFF: https://t.co/L6h1J5aF2X

The government has yet to respond on the record to any news organization’s inquiries about the program.