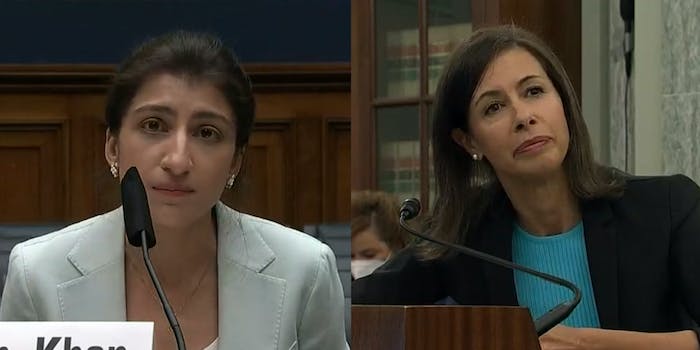 FTC, FCC, urged to crack down on the sale of your location data

'More needs to be done.'

A group of more than 40 Democrats in the House of Representatives are calling on the Federal Trade Commission (FTC) and Federal Communications Commission (FCC) to create rules that would crack down on the collection and sale of users’ location data.

The Democrats sent a letter to FTC Chair Lina Khan and FCC Chair Jessica Rosenworcel last week. In it, they said they were concerned with the “continued, unregulated commercialization” of location data.

Specifically, they asked the FTC to rule that the sale, transfer, use, or purchase of precise location data by apps other than for “essential” purposes for the function of the app be defined as an “unfair act or practice.” They also urged the agency to make a rule that would make app developers mislabeling of users’ location data as anonymous a “deceptive practice.”

As for the FCC, they called on the agency to protect users’ location data by “reaffirming its prohibitions on the surveillance of location data through rulemaking.”

“In the past, both FTC and FCC punished bad actors for failing to safeguard location data, but the agencies fell short of establishing prophylactic rules that will better protect consumers,” the letter reads, later adding: “While we applaud the agencies’ commitments to consumer privacy and safety, it is clear that more needs to be done.”

They noted the $200 million fine the FCC proposed against the four largest wireless carries for selling customer’s location information to data brokers and the FTC banning SpyFone, a stalkerware app that sold real-time access to data that allowed “stalked and domestic abusers to stealthily track the potential targets of their violence.”