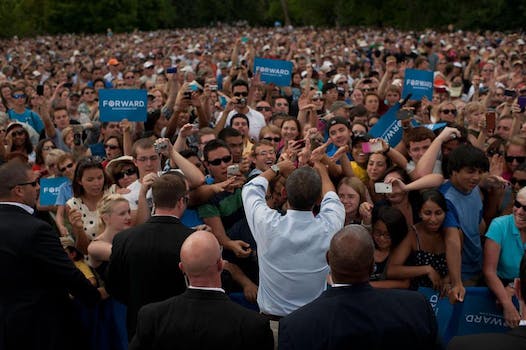 Like the Republican party's official platform, the DNC's positions include vague mentions of support for a free Internet.

As expected, the Democratic National Committee has joined Republicans in listing “Internet freedom” among its goals for the 2012 election cycle.

The party included an entire paragraph devoted to the subject in its official 2012 platform, which was released Tuesday. It’s a stark change from 2008, when Democrats gave the topic a single sentence and Republicans didn’t use the phrase “Internet freedom” at all. The GOP’s platform, released Aug 28, nodded to a few issues important to activists, like software patent reform. It also alludes to Ron Paul’s controversial stance that Net Neutrality could actually harm the Internet, as it’s a form of government intervention.

Still, the DNC’s position has its own shortcomings; it’s long on praising President Obama and short on firm guarantees of positions important to Internet rights activists.

“The [Obama] administration has built partnerships to support an Internet that is secure and reliable and that is respectful of U.S. intellectual property, free flow of information, and privacy,” it reads. The DNC and White House didn’t return the Daily Dot’s request for clarification about what those partnerships were. President Obama and his advisors have created a so-called “Privacy Bill of Rights” for Internet users, but the Senate is still considering the proposal.

A group of House Democrats had called for the DNC to formally adopt language found in the Declaration of Internet Freedom, a popular living document created and signed by scores of prominent Web luminaries and activists, but that language didn’t make it into the party’s final platform.

In addition to using vague language that promises Internet freedom is something valuable and worthy of protection, both parties seem to agree on one thing: a promise to oppose any attempt by an international body to regulate the Internet. That’s likely a reference to the United Nations’ International Telecommunication Union (ITU), which will meet in December to debate whether to claim some form of regulatory power over the Internet.

Democrats “support the current multi-stakeholder approach to Internet governance, and oppose the extension of intergovernmental controls over the Internet,” per the DNC platform.

Similarly, Republicans “will resist any effort to shift control away from the successful multi-stakeholder approach of Internet governance and toward governance by international or other intergovernmental organizations.”

Opposing a possible power grab from the ITU is hardly a bold stance by either party, though. In May, the House of Representatives unanimously agreed to a resolution condemning such a move.