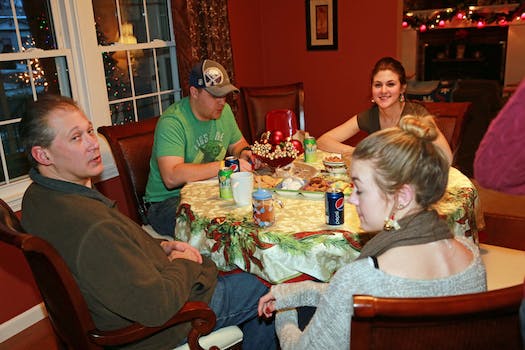 The midterms were unkind to Democrats and you’re about to eat holiday dinner with a smug relative pouncing on an opportunity to strut and jaw about Barack Obama as ineffective and full of empty promises. The Democratic National Committee has this imminent conversation—and its talking points—covered with its seasonal site, yourrepublicanuncle.com.

Climate change denier in the family? Shhh…. we won't tell anyone you're related: http://t.co/xfwdA6W5wO

As the Christmas Eve ham is carved, match your right-leaning family members talking point by talking point. To the DNC’s engineering credit, the project is a streamlined, straightforward rundown of every hot political discussion (save for the social justice-driven headlines in Ferguson, Mo., and New York), broken into factual nuggets built to attack myths.

The minimum wage won’t cost the economy jobs or hurt small business. Obama’s executive action on immigration won’t descend America into anarchy. Obamacare is kind of killing it. Climate change is not a liberal scare tactic.

It’s an astute playbook sure to beef up any charged political conversation. And if you’re reading this as a Republican, now you have an ideal jumping-off point for a folksy counter-argument told through a hollow-eyed narrative about bootstraps.