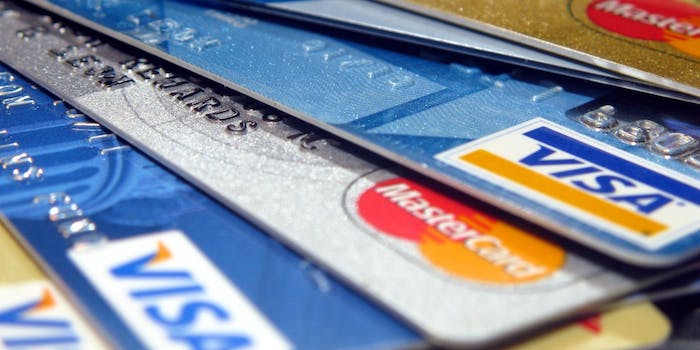 A crappy credit score will no longer hurt your chances of getting a job in New York City.

New York Mayor Bill De Blasio signed a whopping seven pieces of legislation Wednesday, but one bill in particular stood out as a boon to the city’s low-income and unemployed residents.

The bill prevents employers from requesting or obtaining a job applicant’s credit history. It also bans employers from using a prospective employee’s credit information to discriminate against them—just in case someone happens to stumble across their credit score. New York City Council first approved the bill in a 47-to-3 vote on April 16.

“Using credit checks during the hiring process to screen applicants disproportionately affects low-income applicants and applicants of color, and this legislation prevents the vast majority of employers from doing so,” said the Mayor’s office in a press release sent out to reporters on Wednesday evening.

It’s the mayor’s latest move to address rising class inequalities and unemployment in one of the richest cities in America—where 7.2 percent of the population happens to be jobless, compared to the national average of 5.5 percent.

“This bill will remove a barrier to employment and ensure that people are judged on their merits and ability, rather than unrelated factors,” De Blasio said in the statement.

It may seem like a minor detail, but credit checks during job applications are on the rise—and they are a significant barrier to employment.

The policy research group Demos studied 2012 survey data and determined that employment credit checks frequently lock qualified workers out of jobs and disproportionately affecting people of color. Demos also found that many credit reports contained false or expired information that contributed to lower scores, making them a poor standard of judgement for the reliability of an applicant.

1 out of every 5 credit checks contain some kind of incorrect information, so why do employers use them so much? http://t.co/SejRHwvEns

Online background search engines, like Intelius, have made it incredibly easy for employers to access anyone’s credit information, which is included with a $39.95 background report. Federal law makes it legal for employers to run credit checks on applicants, and most state laws allow it as well.

Last year saw a major legal shift, though, with 39 pieces of employment-credit legislation introduced in 19 states. According to the National Conference of State Legislatures, 11 states currently ban the use of credit information in hiring practices, and new bills continue to flood state legislatures.

The push to end credit checks in New York City employment came from a coalition behind the website CreditCatch22. Most of the city’s unions joined the coalition, as well as student groups, the NAACP, and job-training organizations like Goodwill. The coalition celebrated the newly signed legislation by tweeting photos from Gracie Mansion.

“I’m proud that, with today’s signing, New York now has the strongest law of its kind to end discriminatory employment credit checks,” said New York City Council Member Brad Lander. “After this bill passed the Council, I heard from a recently laid-off single mom, worried about finding a new job because of her daughter’s college loans on her credit report. She wrote that this law gives her ‘a new lease on life.'”

Photo via frankieleon/Flickr (CC BY 2.0)