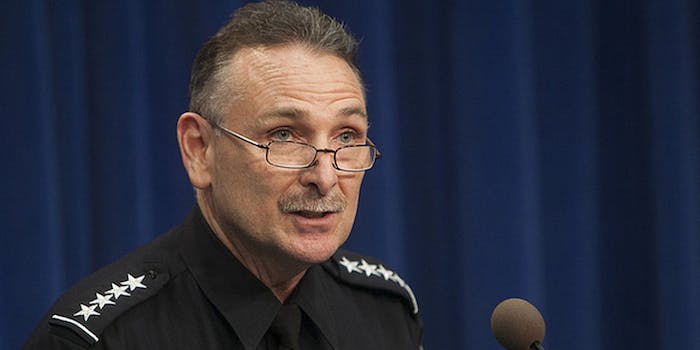 The Department of Justice will look into concerns that the data-sharing collaboration denies Americans the right to a fair trial.

The Department of Justice will investigate whether National Security Agency (NSA) intelligence is being misused to arrest American citizens, the Guardian reported.

On Monday, Reuters published a story revealing the data-sharing collaboration between the Drug Enforcement Administration (DEA) and the NSA. Through the program, information about Internet users’ browsing history, emails, chats and phone calls—purportedly collected by the NSA for “national security” purposes—is handed over to the DEA for criminal investigations.

The DEA unit responsible for handling the information, known as Special Operations Division (SOD), is made of up representatives from two dozen agencies including the FBI, CIA, and NSA.

On Tuesday, the Department of Justice told the Guardian it would look into potential concerns raised in the Reuters article about the clandestine SOD, one of which is that U.S. citizens’ constitutional right to a fair trial is being violated by the operating procedures of the unit.

The collaboration between the NSA and the DEA has remained a secret in part because the evidence shared between the agencies is not presented at trial, even when it has provided the basis for an arrest.

Instead, evidence is introduced into court using what is called “parallel construction.” In essence, law enforcement agents reconstruct a fake scenario of how their investigation led them to an arrest, one that conceals the fact that NSA data was used.

The information is kept not only from defendants but from lawyers and judges as well.

Nancy Gertner, a Harvard Law School professor and former federal judge, told the Guardian that parallel construction was “a fancy word for phonying up the course of the investigation.”

“When the DEA is concealing what the source of the information is and pretending it came from one place rather than another, there can be no judicial review,” Gertner said.

A further ambiguity surrounding the SOD is whether or not the use of NSA-collected data for domestic criminal cases is warranted. Much of the NSA’s legal authority to obtain information on U.S. citizens is based on particular exceptions to electronic privacy legislation that permit the agency to collect personal data for matters of national security.

The DEA, however, deals in large part with the domestic enforcement of federal drug laws. These cases that have little bearing on U.S. national security.

“We are talking about ordinary crime: drug dealing, organized crime, money laundering. We are not talking about national security crimes,” John Shiffman, the Reuters reporter who broke the story, told Democracy Now.