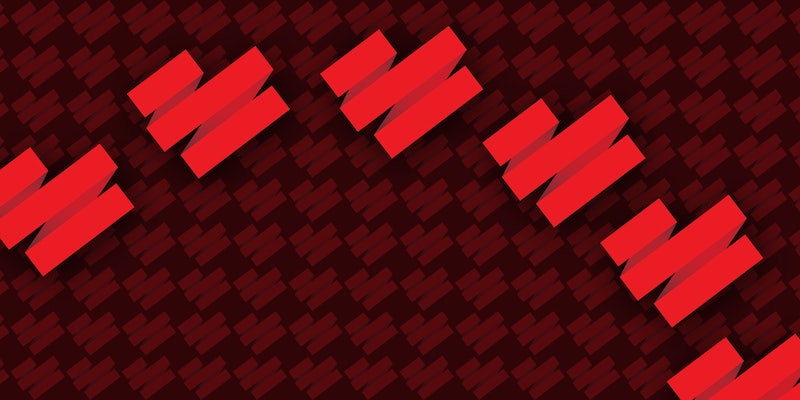 Can an uber-inspired dating service work? The Dating Ring thinks so

Can millennials pry themselves away from their phones for long enough to meet someone IRL?

For most 20-somethings, the concept of a group dating matchmaking service sounds retro in a totally uncool way, sort of like wearing scrunchies or kissing someone with braces. It’s something you’d see in sitcoms about middle-aged single women trying to have it all in the big city, but not something you’d actually ever try.

In this fast-paced, Grindr-and-Tinderified dating culture, you’d probably assume that millennials would never get on board with an organized group dating and matchmaking service that actually requires users to meet in person, rather than just blithely swiping left and right through a series of bathroom selfies. But Lauren Kay, one of the cofounders of the startup Dating Ring, says your assumptions would be wrong.

“People in their twenties are fed up by how unromantic and time-consuming the online dating experience has become,” she says. “So now they’re open to doing something that might seem pretty old-fashioned: actually being set up on dates.”

While it might seem pretty alarming to those outside Generation Y, in this day and age actually setting people up on face-to-face dates isn’t just old-fashioned; it actually sounds revolutionary. Launched earlier this year by Brown graduate Kay and “matchmaker” Emma Tessler, the NYC- and San Francisco-based Dating Ring is a group dating service that referred to itself in a recent presentation as the “Uber” of dating services: a startup that personally screens its users, thus eliminating the risk of them misrepresenting themselves online, and matches you up in three-on-three group dates.

Basically, the Dating Ring works like this: Applicants apply online for a membership to the service and then arrange to meet with the startup’s “matchmakers” for an interview. (The Dating Ring has four matchmakers on staff, two in San Francisco, and two in New York.)

After you pass the pre-screening process—Kay says they only “very occasionally” reject or waitlist people, often “if we don’t have a big enough pool of members to match them with”—the matchmakers set you up in six-person group dates (or five-person group dates for gay users), which they arrange based on projected “overall group compatibility.”

“We’re thinking, ‘are the girls gonna get along, are the guys gonna get along?’” says Kay. She refrains from going into further details about Dating Ring’s matchmaking processes, but whatever they’re doing, it seems to be working: The startup says 70 percent of their users go on second dates.

“Creating groups that are gonna lead to friendship is very important for us to optimize for romantic compatibility,” she adds. “We want to create the ideal single experience that we think is gonna happen when we go to our friends’ parties, but never does.”

While “optimizing for romantic compatibility” sounds only slightly less robotic and impersonal than a description of an OkCupid algorithm, the Dating Ring is all about putting a human face to the dating game, beyond left-swipes and right-swipes. With its emphasis on IRL (in real life) interactions and its obvious contempt for online dating culture—its tagline: “Online Dating is stupid. Dating Ring is not”—the Dating Ring is something of an oxymoron in the tech world: It’s a dating tech startup that wants its users to break free from technology.

“When online dating was newer, people thought, ‘Oh, there are all these algorithms, and if I search online I can find the perfect jacket or guy or girl,’” Kay says. “I think people get now that’s just not the case, and the important part is how many great, available people you can meet in person.”

Like most dating startups, the Dating Ring was inspired by Kay’s own experiences with online dating in New York, which she describes as “frustrating.”

“You spend all this time online and then you go on the date and in the end, they look nothing like their profile or their picture,” says Kay, who ran the Care.com-esque babysitting service SmartSitting.com prior to the Dating Ring. So she emailed a group of friends, “like 50 single women and 50 single men from different networks,” asking if they’d be willing to use a matchmaking/group dating service. To her surprise, “they responded right away.”

At first, Kay kept the Dating Ring’s network of users intimate, friending the first 500 users on Facebook and encouraging them to friend each other as well, in part to see how many mutual friends they had. “All my friends I spoke with said they’d be more likely to try an online dating thing if they knew they had friends in common, so that was a big part of how we started Dating Ring,” she says. After hiring more matchmakers—most have a background in psychology or theater, she says—and getting backing from prestigious seed accelerator Y Combinator— the Dating Ring expanded to the Bay Area.

It was the Dating Ring’s experiences in the Bay Area—specifically, the gender imbalance between New York, whose singles population skews female, and San Francisco, whose population skews male—that prompted the startup to launch its most recent PR push—a Crowdtilt campaign, “Cross-Country Love” seeking $50,000 to fly single women from New York City to San Francisco.

Although Kay says the campaign “started as a joke”—”I have a New York sense of humor that people tend to take seriously on the West Coast”—the Crowdtilt campaign sparked not a minor degree of derision in the media, with many comparing the initiative to a high-priced, cross-country escort service. Valleywag’s Nitasha Tiku even compared it to the Japanese army providing “comfort women” to soldiers during World War II (Tiku has since apologized for the joke).

While Kay says she was upset by the “inherently problematic and sexist” parallels the media drew to prostitution, she wasn’t particularly surprised by it, viewing it as symptomatic of a tech culture that’s generally hostile to dating startups (not to mention female-led dating startups). Nonetheless, the trip is going forward as planned, and Kay says 15 users have signed up to fly out to San Francisco over Memorial Day weekend.

In light of its cross-country flyover plans, the comparison the Dating Ring draws between itself and Uber makes some sense. Although there’s obviously a world of difference, there’s nonetheless still something a bit unsavory about ordering single women by the planeload the same way one might place an Amazon order.

But even if it still hasn’t entirely quite rid itself of some of the defining characteristics of dating startup culture, as the Dating Ring becomes more profitable and expands to other cities (the team is currently hiring matchmakers in Boston and Los Angeles), Kay doesn’t want to forget that dating is about more than algorithms, or trying to determine if someone has a lazy eye on their Tinder profile. As simple as it sounds, it’s about meeting up IRL and just seeing what happens from there.

“When I tell people about the Dating Ring, people always ask ‘What happens if it becomes competitive, or two guys want to get with one girl?’” she says. “We always have to stop them and be like, ‘Do you remember real life? Do you remember ever being in a group before in real life? You just do what you do in real life.’ And they’re like, ‘OK. Cool.’”