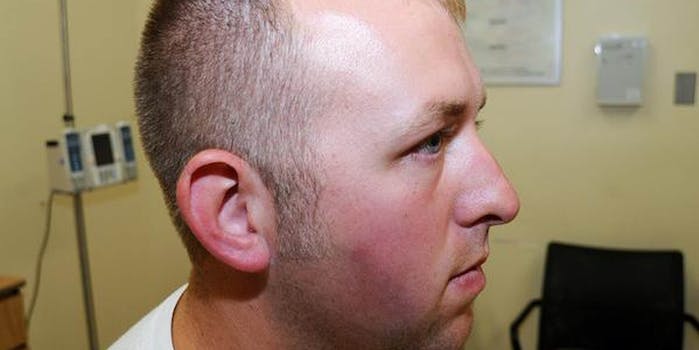 The photos come from right after he killed Michael Brown.

Photos of Ferguson, Mo. police officer Darren Wilson from immediately after he shot and killed 18-year-old Michael Brown in August have been released to the public following the grand jury’s decision to not indict Wilson.

Photos of Officer Darren Wilson after the shooting of Michael Brown (from the Grand Jury evidence) pic.twitter.com/OqoYouNUbe

Ferguson’s chief of police Tom Jackson had previously reported that the incident caused injury to Wilson. Another anonymous source claimed that Wilson had been beaten “nearly unconscious” and in the process fractured an eye socket.