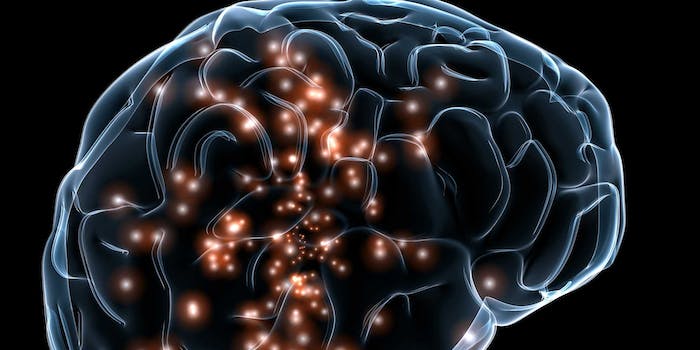 In an ambitious effort to address the enormous problem of mental illness among its ranks, the U.S. military is funding the development of surgically implanted brain-computer interfaces designed to target and correct malfunctioning neural circuits in conditions like clinical depression, addiction, and anxiety in soldiers and veterans.

Mental illness rates in the American military dwarfs rates in the civilian population, a recent study found, so much so that a quarter of surveyed active-duty troops are suffering from at least one disorder.

A team of physicians, engineers, and neuroscientists backed by the Defense Advanced Research Projects Agency (DARPA), the research arm of the Pentagon, and led by UC San Francisco and Massachusetts General Hospital will work on a five-year, $26 million research program known as Systems-Based Neurotechnology for Emerging Therapies (SUBNETS). 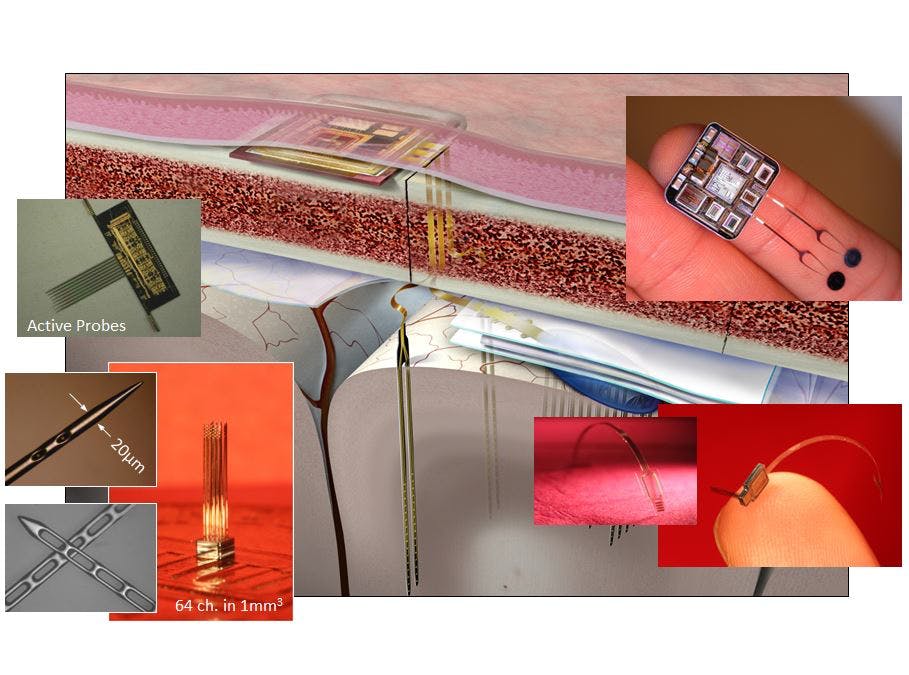 One early concept, illustrated above, shows an electronic device implanted between a patient’s skull and scalp. The device interfaces between electrodes placed around the brain and wirelessly connects doctors who can review detailed, real-time neurological data, and then use the devices to administer custom therapy.

The UC San Francisco team will develop just such an implanted device to record, stimulate, and provide rehabilitative therapy before ultimately removing the device from the healed brain.

On the other end of the spectrum, the Massachusetts General Hospital team is developing implants that will remain in psychiatric patients for their entire lives. These devices aim to record everything in the brain, big and small, from single-neurons firing to imaging entire neural networks that will allow scientists to precisely find and follow the causes and effects of severe neurologic diseases. 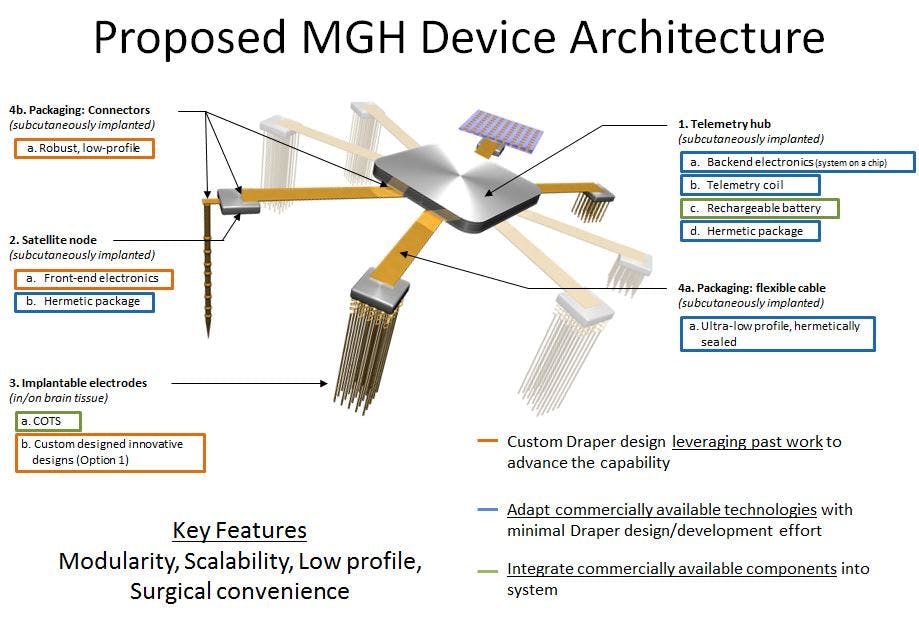 “Neuropsychiatric conditions are some of the most severe and devastating conditions that can happen to anyone,” Edward F. Chang, the co-director at the Center for Neural Engineering and Prostheses, said. “At the same time, it’s probably the biggest cause of worldwide disability. The ability to treat or even cure some of these diseases of the mind has been a dream of mine since I was very young.”

The program is inspired by deep brain stimulation, a surgery that implants a brain pacemaker to treat movement disorders like Parkinson’s and essential tremor as well as paralysis and or patients who are missing limbs. Similar implants have been used in small trials to treat disorders like major depression but have yet to be widely approved for wider use. SUBNETS plans on demonstrating the technology it develops and then submitting those devices for approval by the U.S. Food and Drug Administration.

Deep brain stimulation spans approximately 100,000 worldwide patients. But it still has its glitches.

The treatement recently sparked headlines when a Dutch man being treated for severe obsessive compulsive disorder developed a strong urge to listen to American country singer Johnny Cash. The implanted electrode affected the pleasure and rewards processes in the brain. The man was effectively cured of his OCD affliction and the anxiety it brought on within six weeks, but he rapidly developed an intense love of Cash for the next six months. When the electrode’s batteries ran down, his musical taste returned to what it was pre-surgery: Dutch singers and the Rolling Stones.

It’s unclear how SUBNETS and similar treatments will affect patients, but profound side-effects have tended to be temporary and reversible.

“SUBNETS is a push toward innovative, informed and precise neurotechnological therapy to produce major improvements in quality of life for servicemembers and veterans who have very few options with existing therapies,” Julian Sanchez, the DARPA project manager, said when the project launched. “These are patients for whom current medical understanding of diseases like chronic pain or fatigue, unmanageable depression or severe post-traumatic stress disorder can’t provide meaningful relief.”

The project will help patients keep jobs and return to normal life, team member Vikaas Sohal said, “because it’s a totally new way of seeing how the parts of the brain interact in mental illness. It’s as if we’ve been looking at still images of actors but will now be able to see the performance of a play.”

The program was launched in support of President Obama’s $100 million BRAIN initiative, a project announced in 2013 and aimed at widening our understanding human brain function and to cure brain diseases.