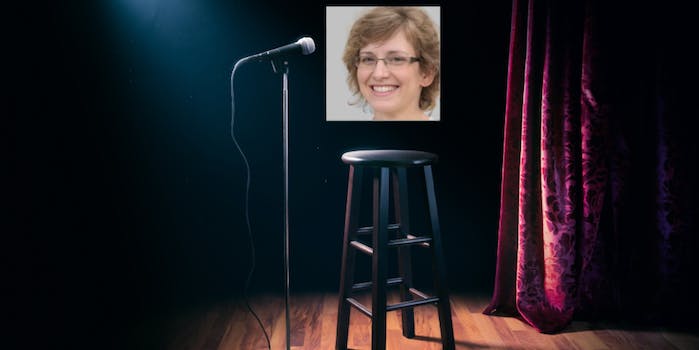 Meet the comedian behind ‘Darla,’ the fake Amazon worker who trolled Twitter

A Chicago-based comedian was shocked when his fake Amazon account went viral.

A Twitter user who claimed to be an employee of Amazon drew widespread attention over the weekend for their aggressive defense of the online retailer. But it turns out, the account, which appeared to be run by a woman named Darla, was actually the work of an internet prankster.

Robby Appleton, a Chicago-based comedian, had been following Amazon’s official @amazonnews Twitter account on Friday as it sparred with politicians such as Sen. Bernie Sanders (I-Vt.) and Sen. Elizabeth Warren (D-Mass.) over efforts by workers to unionize in Alabama.

Twitter has been awash with debate over the trillion-dollar company’s attempts to stop its employees from unionizing. Appleton, like many others, had recently learned for the first time that Amazon actually runs a program that rewards employees for defending the business online.

That’s when the idea came: Appleton could easily poke fun at the company by posing as an overzealous Amazon employee on Twitter.

“I thought maybe I could make an account and pretend to be an absolute sycophant for Amazon, for a little fun over the weekend,” Appleton told the Daily Dot. “I expected maybe a couple dozen people might see it eventually.”

Questions arose over whether the account actually belonged to an Amazon employee, but others noticed some of Darla’s more outrageous tweets, including one that questioned the necessity of lunch breaks, and correctly suggested the account was clearly fake.

Other issues, including the fact that the profile image for Darla’s account had clearly been made with artificial intelligence, led to the account being outed as a spoof.

Appleton says he hadn’t realized that the account had gotten serious attention until the account began getting mentioned in the media.

“I didn’t realize it was truly going viral until a Gizmodo article came out Monday morning,” Appleton added. “Up until that point I knew I was getting a lot of replies but I always thought it was about to die down.”

Appleton shared screenshots and emails with the Daily Dot linked to the @AmazonFCDarla account to confirm his ownership. The Daily Dot also covered Darla’s account.

Although Appleton says the coverage invigorated him to go even further, the account was suspended by Twitter.

Amazon later confirmed to New York Times journalist Karen Weise that it had reported the account to Twitter.

On Monday, Appleton finally came out and took credit for Darla.

“Going private for a couple days so I can talk openly about this without blowing my cover, but on Friday I created a satirical Twitter account making fun of Amazon’s anti-union propaganda accounts, and today there’s a Gizmodo article about it (I’m Darla),” Appleton tweeted.

While Appleton is not the first and certainly won’t be the last to create a fake Amazon account. Appleton’s only regret is that he wasn’t able to use the Darla account to release his fake PowerPoint presentation “about the evils of unionization that ended with a monologue calling to seize the means of production.”