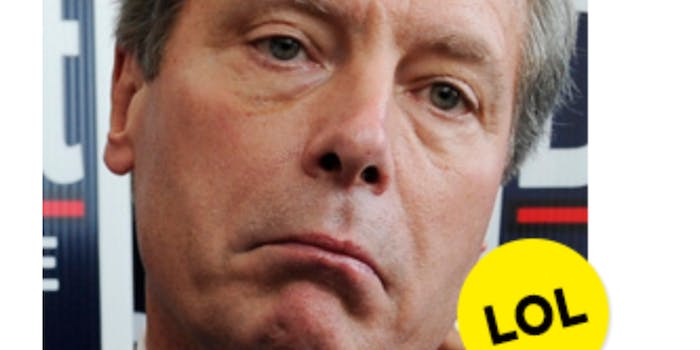 As the political landscape in Texas changes, so must the campaign attack ads. To truly reach the youth vote in 2013, you have to step your game up. You have to use cat GIFs.

That’s now part of Tea Partier Dan Patrick’s campaign for Lieutenant Governor of Texas, at least. He’s running against current Lt. Gov. David Dewhurst, who in June shot himself in the foot during the Wendy Davis filibuster, when he accused anti-abortion bill protesters of using “mob” tactics to derail the session.

Earlier today, Patrick’s team launched DewFeed, a BuzzFeed-style smear campaign against Dewhurst, enumerating nine reasons why Dewhurst epically #failed, via a list called, “The night that will live in Texas political infamy, as told by cats.” This is surely the first time a candidate for Lt. Gov. of Texas has used an #omg or #lols hashtag on Twitter.

Reason number 8 states, “Texas conservatives deserve a strong Lieutenant Governor,” and it ensures that at one of his political rallies, someone will challenge Patrick to do a push-up with a kitten on his back. Will he?

This is the meme-ification of politics. This is the far right co-opting listicle culture. Welcome to the Thunderdome.