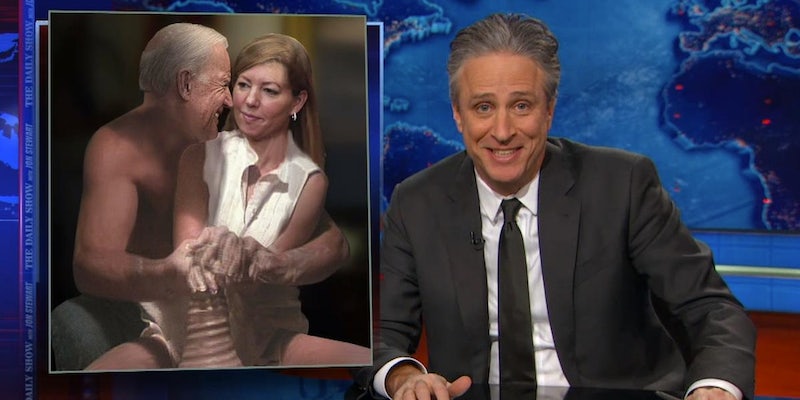 The audacity of grope.

Vice President Joe Biden is, let’s just say, a bit of a toucher. When women are around, the silver-haired septuagenarian can’t seem to keep his freckled mitts to himself.

Last week, for example, Biden clamped down on the shoulders of Stephanie Carter, wife of incoming Defense Secretary Ash Carter, during the latter’s swearing-in ceremony. Then, as the president of the Senate is inexplicably wont to do, he whispered something in her ear, sending an awkward shiver down the national spine.

All of which is, of course, pure gold for Jon Stewart and The Daily Show, which dove into Biden’s “groping” habit as only they can.

As Stewart points out, Biden isn’t a bad guy—in fact, he’s downright progressive on women’s issues and a champion for equality. And if he is a perv, well, at least he’s bad at hiding it.

Screenshot via The Daily Show