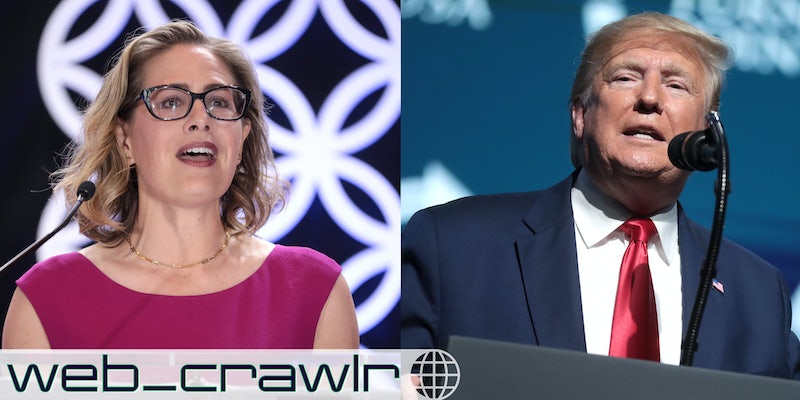 We crawled the web for you today and our top stories are about: how your parking app is actually a privacy nightmare, a deep dive into The House of the Dragon, a debunk of a fake video showing former President Trump and Sen. Kyrsten Sinema, and a viral video showing a truly perplexing office bathroom situation.

After that, our Culture Reporter Michelle has her weekly “Now Streaming” column.

Data from parking apps, even if you don’t use them, can be utilized to keep tabs on your location.

📽️ CULTURE
What’s the deal behind the ‘cursed’ reputation of Harrenhal on ‘House of the Dragon’?

A bleak enough reputation to cover up a murder or two.

🚽 VIRAL
‘Who puts a lock to keep people from getting out?’: New employee gets trapped in office bathroom that requires a key card to exit

A podcaster went viral after uploading a video of himself stuck in a real-life sitcom scenario—he was locked in his office’s bathroom on his first day of training at the new position.

🔥 Not your average clickbait

Transform into your favorite character

Halloween Costumes makes it easy to transform into the most beloved or hated TV and movie characters. Whether you want to become a Demogorgon, Harley Quinn, Walter White, or your favorite Targaryen, the perfect Halloween costume is only a couple clicks away. Find out how you can save 10% on your first order.

In each edition of web_crawlr we have exclusive original content every day. On Wednesdays our Culture Reporters Audra Schroeder and Michelle Jaworski review or analyze the latest streaming content in their “Now Streaming” column.  If you want to read columns like this before everyone else, subscribe to web_crawlr to get your daily scoop of internet culture delivered straight to you inbox.

📱 A T-Mobile worker was allegedly told to stop making TikToks even though he was doing it off the clock and in promotion of the brand.

☕ A barista shares their experience working for an independent café in California after quitting their job at Starbucks in a viral video. Less than two weeks later, they say they regret the decision.

💸 In a viral video, a customer claimed he was scammed by a Dunkin’ worker.

🍴 A food service worker went viral on TikTok after sharing an incident in which a customer allegedly threatened her, leading her to walk out during her shift.

😈 Escape into a frightening reality with the best Shudder original movies streaming this spooky season.*

💼 At least this boss was honest? A worker claims their boss told her it “might be a good idea to start applying to new jobs” during a one-on-one meeting.

👀 Do you ask for fresh nuggets and extra sauce when ordering at McDonald’s?

🏈 From sponsorships to merch, college athletes can now use their personal brands to monetize the internet.

A former GameStop employee went viral on TikTok last week after sharing the gross details of her first day on the job… including an adult customer pooping in the store.