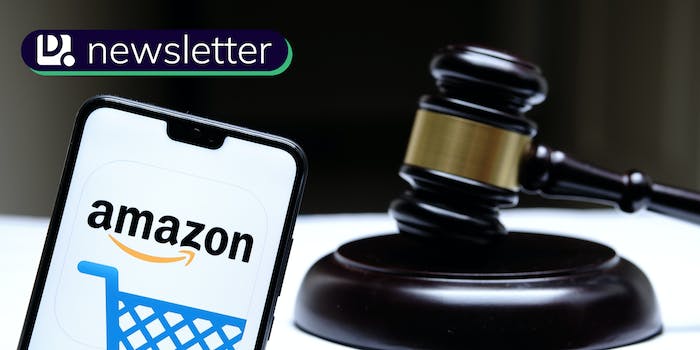 Newsletter: Is the FTC about to ramp up antitrust?

It is Monday, which means it’s time for our Tech Reporter Mikael to unpack the bizarre conspiracy theories online in his “One Dumb Conspiracy” column. This week he looks at how people are getting angry over a fake screenshot about Rice Krispies Treats.

Obviously, we’ve also got all kinds of internet culture news for you. So let’s get right to it.

CONSPIRACY: Our Politics Reporter Claire dug deep into how conspiracy theories on the r/conspiracy community on Reddit about the Uvalde, Texas mass shooting are spreading to other places online. You can check out her full report here.

STREAMING: Just in time for Pride Month, Stranger Things actor Noah Schnapp has reignited an ongoing controversy over the show’s attitude to queer representation. Specifically, whether or not his character is gay and if so, why does the show keep dropping hints instead of making his sexuality more textually clear?

Conspiracy theorists are outraged after a Twitter user claimed that a mascot for Rice Krispies had recently come out as transgender—but the claim appears to be nothing more than a troll designed to stir outrage among conservatives.

The image, which appeared on numerous social media outlets, purported to show a screenshot of an article from CNN announcing the decision from the cereal maker Kellogg’s.

A Twitter user, who appears to have been in on the joke, quipped that the “woke mob” had struck again and received hundreds of retweets in the process.

But the apparent troll wasn’t obvious to everyone. Countless users began sharing the tweet while complaining about the cereal brand.

One user even urged his followers to begin boycotting the cereal company for featuring a transgender character.

“Sooooo easy to not buy and eat shit from a giant woke corp,” they wrote.

But many were skeptical—rightfully so—over the legitimacy of the screenshot.

“Bruh I almost thought this was real,” one user tweeted.

Even some members of the LGBTQ community were confused and viewed the claim as pandering.

The image, however, is not real. A search for the headline on CNN as well as its social media profiles reveals no results.

The fake screenshot received enough attention that Kellogg’s ultimately released a statement to Reuters denying that the claim was true.

“We have made no changes to the Rice Krispies mascots, Snap Crackle and Pop,” the spokesperson said.

Despite viral claims that Kellogg’s changed the gender identity of Pop to serve some sort of “globalist” agenda, the allegation was never true.

The easiest way to become a polyglot

Learning a new language doesn’t have to be difficult or expensive. Master the langue you’ve always wanted to learn with the Unlimited Lifetime Learning Subscription Bundle with Rosetta Stone. Sign up now to gain access to Rosetta Stone’s award-winning software with 1,000 premium courses for only $199—that’s 88% off!

🍗 A Popeyes manager was reportedly arrested after hitting a teen employee who reportedly wanted to clock out of work. A video of the incident was shared online and quickly went viral.

⛵ A five-second video showing a woman on a boat while “remotely working” has sparked some discussion online about remote work and play amongst its viewers.

💰 Going out to dinner with friends and getting a large bill is something we can all relate to. One TikToker’s video showing her group of friends arguing at the restaurant after they received a $2,500 tab is going viral, with more than 4 million views.

🧾 An extensive order by a customer inspired a TikToker to create the incredibly detailed demands into a slam poem. It’s a hit with viewers.

📒 Feeling anxious? Try these therapy journals to cope with your anxiety and improve mindfulness through writing.*

🥤 Is inflation the cause for the demise of dollar drinks at McDonalds? Well, at least one viral video seems to think so.

🗣️ A TikToker went viral this week after calling out resale chain Goodwill for its alleged business practices.

Don’t do this. A restaurant worker on TikTok said a customer’s “insecure girlfriend” tried to take away her tip after he tipped her $100. The couple allegedly tipped her after they stayed at the restaurant for three or four hours.

Now Playing: 🎶“Don’t Look Back In Anger” by Oasis🎶