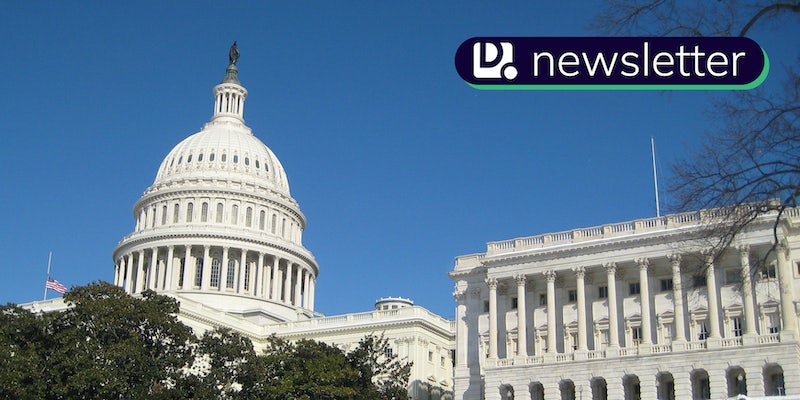 Hello fellow citizens of the internet! Ramon here, filling in for Andrew. Welcome to today’s edition of Internet Insider.

Today, intrepid reporter Claire Goforth unpacks the questionable, damaging work of a certain Colorado freshman congresswoman. And gosh do we have some key news bites for you at the bottom.

ICE AT THE SCENE: So was ICE really on the scene in Uvalde, Texas in the aftermath of the mass shooting as outraged Twitter users declared? Yes, but it’s complicated.

WORK IT: Is it OK to conduct a Zoom interview in a hoodie? One LinkedIn recruiter does not think so. It’s a close call.

CRINGE: We already know that Pride Month—which starts on June 1—has become commercialized by brands and advertisers, but have you seen the merch that Walmart is selling? People are mocking this year’s offerings, which include a hat with the slogan “Live Love LGBT.”.

The formulaic far-right congresswoman from Colorado

Rep. Lauren Boebert (R-Colo.) is the political version of a mixtape.

Boebert has come up with a few catchy ditties that get her base singing along, and she’s going to keep playing them until their ears bleed.

The freshman congresswoman is among the QAnon class of Congress. She claims that she doesn’t follow the conspiracy theory that elite liberal Satanists rape and eat children, but Media Matter for America reports that she appeared on QAnon proponents’ shows, subscribed to their YouTube channels, and said she hopes QAnon “is real because it only means America is getting stronger and better.”

As much as she likes to complain about big tech companies, Boebert goes days without updating her accounts on fringe platforms. Not even her favorite former president’s joke of a social media platform gets the benefit of her daily Twitter musings about things like “Micky [sic] Mouse’s trademark” or suggestion that we add “Trump’s face time” to Mount Rushmore.

When your main goal is riling people up, it doesn’t make sense to spend much time on right-wing echo chamber platforms with a fraction of the audience.

In the year and a half she’s been in Congress, Boebert’s introduced bills to ban face masks, impeach President Joe Biden and Vice President Kamala Harris, and strip funding from the World Health Organization—all 100% serious legislation about issues that definitely matter to her constituents in Colorado.

In one particularly heartless bill, Boebert sought to end federal funeral assistance for families who lost loved ones to COVID-19. It’s not hard to imagine her giggling maniacally while naming it the Stop Appropriations for Obsequy Costs Act, or “Stop AOC Act”—a juvenile barb directed at Rep. Alexandria Ocasio-Cortez (D-N.Y.), with whom she frequently spars on Twitter.

Though you rarely see her without a smile, Boebert’s social media footprint oozes hatred. She directs a lot of that hate toward fellow lawmakers from racial and religious minorities. Vice President Harris; Reps. Ocasio-Cortez, Ilhan Omar (D-Minn.), and Rashida Tlaib (D-Mich.); and former President Barack Obama are some of her favorite targets.

It’s no wonder a local reporter recently blasted her for saying the quiet part out loud about the racist replacement theory in the days following the Buffalo mass shooting.

Boebert’s brand is outrage. Unless there’s a gun involved. Then her brand is freedom.

Stories that remind you why it’s good to be single

Spending your nights and weekends on the couch solo? It’s okay to be by yourself, and these TV shows and movies will show you why. From rom-coms that play out like horror stories to marriages that you could not bear to be a part of, these stories make you glad you’re not stuck in these kinds of relationships (or situationships). Be single and be proud.

👀 The company where the Uvalde mass shooter procured the AR-15 he used to kill 19 children and two adults locked its Twitter account after being linked to the shooting.

🐕 ‘With all the Wag and Rover issues I don’t get why anyone with a brain would use those apps.’

⛪ TFW you go to a Phoebe Bridgers show and get hounded by Scientology recruiters.

🥝 From TikTok being lauded as a path to financial security for working-class creators to working women becoming digital creators to gain financial independence, Pakistan’s growing creator economy is linked to social change—making its growth unique.

🎤 Hold up… Did Dominic Fike tell a concert crowd that he wanted Amber Heard to beat him up?

✨ Who knew the fountain of youth came in sheet form? These are the best Korean sheet masks for every skin type.*

🍦 Walmart is under fire for its Juneteenth-themed ice cream.

🥞 Finn Wolfhard and his friends were recently spotted at an IHOP, presumably enjoying pancakes. Reportedly, his friends suck.

This is how your boss is spying on you.