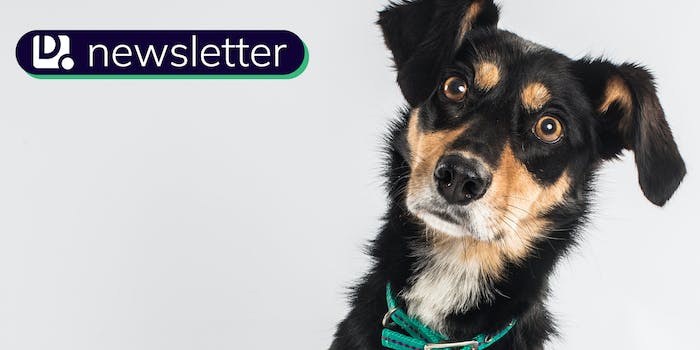 The “summer of scoops” continues! Today’s top stories include an exclusive report from our politics team regarding former President Trump and the the Secret Service being worried about him being hit with a milkshake. Yep, you read that right.

Obviously, we’ve also got a ton of other essential internet culture news. So let’s dive into it.

MILKSHAKE PREPAREDNESS: The Daily Dot’s politics team obtained emails through a public records request that detail how the Secret Service was worried that someone was planning on pelting former President Trump with a milkshake during a trip to England in spring 2019. We published all the emails so you can read them yourself. Check out the report here.

MC-OOPS: Some viewers of Doctor Strange in the Multiverse of Madness are convinced that the film ripped off a work-in-progress indie game that went viral on TikTok last year when the latest addition to the MCU was still in production. Our Culture Reporter Gavia breaks it all down in her full report here.

FAIL: The spokesperson for Florida Gov. Ron DeSantis fell for a satirical story about a homophobic dog. The story, titled “This Dog Is The New Face Of Online Homophobia” was shared by Christina Pushaw, who was immediately told that the story doesn’t actually exist. Our Politics Reporter Claire has got the full story here.

‘The Kids in the Hall’ makes a full-frontal return

After more than 25 years, The Kids in the Hall returned to TV. Well, Amazon Prime.

The reaction from fans was loving and reflective. A tweet about how the sketch-comedy show nailed the inanity of NFTs back in the ‘90s was held up as proof of comedic foresight.

They all still do drag, but their critiques of masculinity and age feel a little more pointed in the era of Discourse. There are also way more dicks in this reboot.

Like many fans, I watched and loved the original Kids in the Hall as a teenager. But I didn’t quite understand how transgressive it was at the time, in terms of gender and sexuality. Or I didn’t have the language for it yet. So there was of course a fear that maybe their comedy would quite translate now, or would meet the fate of other beloved sketch reboots. That’s thankfully not the case.

McKinney actually offered Rolling Stone a decent summation of the state of satire in our decontextualized era: “I think what happens is you have people who wouldn’t crowd into a comedy club, who aren’t fans of the medium, being presented with literal transcripts of satire, and then they react to it. It’s like they’ve never been asked to engage with satire or comedy before, and now they’re being forced to engage with it in this white-hot time, based on a sentence that’s been pulled from a sketch or a stand-up routine.”

While not all the sketches work, the revival is darker and even more surreal, and new doc Kids in the Hall: Comedy Punks, also out on Amazon, offers more context on the group’s approach to comedy and friendship (and thoughts on 1996’s doomed Brain Candy). Now, will KITH get memefied like I Think You Should Leave?

Your online data should be stored in a vault

Online security is as vital as locking your front door—and it should be just as easy. With Vault, you get four award-winning apps to give you a full arsenal of security against hackers, malware, password theft, and other threats. The Digital Security Bundle features NordVPN, Dashlane for password management, AdGuard for anti-malware protection, and Degoo to backup your data. Try it for FREE for 14 days, plus get 75% off!

🥞 A customer-incited ruckus at an IHOP went viral after a video of it was posted online. It appears to have started after a customer complained that he was not being served.

💼 A women’s Cameo of William Hung announcing her boyfriends intent to resign via two weeks’ notice has viewers respecting the power move.

🍴 Low pay and poor working conditions are major problems in the food industry right now, so it’s not shocking a viral video from a Hooters waitress has sparked a conversation about those rough conditions.

🍗 If you like fresh McNuggets, this video from a McDonalds worker about why you shouldn’t buy 4-,6-, or 10-piece orders of McNuggets might be up your alley.

🥝 Influencers over 40 are encouraging people of all ages to create, without fear of seeming “too old.” Sign up for Passionfruit, the Daily Dot’s weekly creator economy newsletter, for more coverage.

📱 In a viral video, a TikToker says that his work manager subscribes to his OnlyFans, sparking a ton of discourse in the comments.

🎥 Fuel your hate-watching with movies so bad, they’re actually…kind of good. These are the best worst movies you need to watch right now.*

🍕 A woman on TikTok says her roommates sent her a Venmo request for eating one-third of a pizza that they ordered her in January. And she got her revenge.

🔍 To mark the fourth anniversary of the first QAnon drop on 4chan, the Daily Dot tells stories about Q that haven’t been looked at.

The housing market is bonkers right now. So much so that a viral video is highlighting how Home Depot’s offering of Tuff Sheds and tiny homes has millennials and Gen Z wondering if this is all they’ll be able to afford to live in someday.

Now Playing: 🎶“No One Dies From Love” by Tove Lo🎶