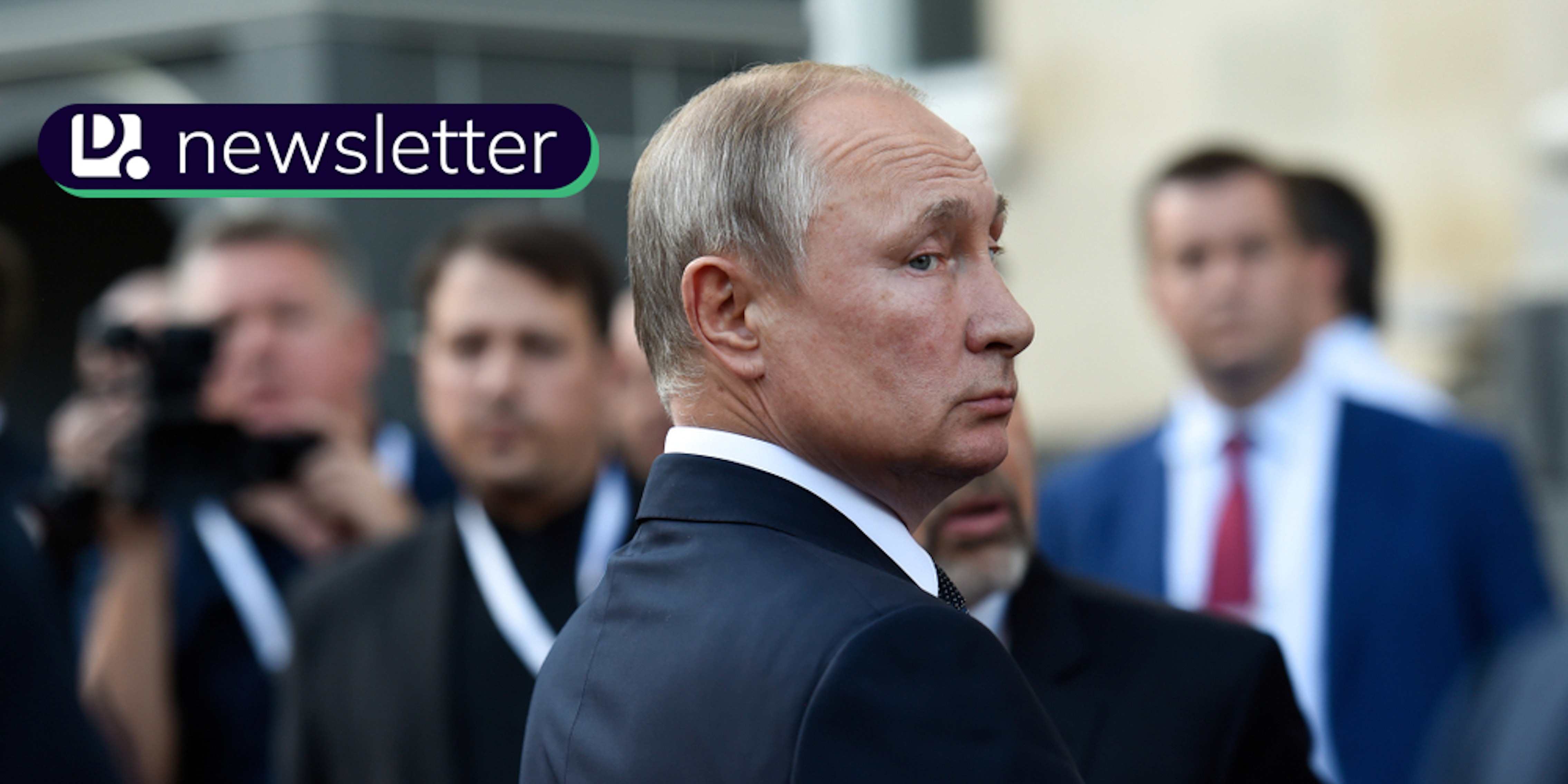 In today's Internet Insider newsletter, we have our weekly 'One Dumb Conspiracy' column.

I hope you had a good weekend! We kick off the week with a “One Dumb Conspiracy” column from Mikael. This week, he explores how conspiracy theorists keep falling for a false claim involving Vladimir Putin and George Soros.

A quick programming note: I’m taking a few days off! So stay tuned for a few days of Ramon, our news director, guiding you through the essential internet culture news.

Enough from me though, let’s dive into the news.

JUST A BIT DELAYED: Truth Social, former President Donald Trump’s social media app, has been plagued with missteps and delays since it launched. Well, Trump’s sons—Don Jr. and Eric—finally got their accounts. Mikael, who has been covering Truth Social for a while, breaks it all down here including why it isn’t clear why the former president’s sons took so long to make their way onto the platform.

CRINGE: A startup creator bragged about using cheap labor in a tweet late last week. As you might have guessed, it didn’t go over well with people online. The creator says he pays workers in the Philippines $5 an hour. In response, people online said he was setting up a “sweat shop” and then “cheerfully advertising it” online. Read more about the online reaction here.

Conspiracy theorists are convinced that Russian President Vladimir Putin has issued an arrest warrant for billionaire George Soros and Lord Jacob Rothschild amid the invasion of Ukraine, a signal that the authoritarian leader is preparing to bring down the “global elite.”

But as you’d expect, the claim isn’t true. Not only that, it’s more than a decade old as well.

The conspiracy theory appears to have resurfaced this month after a small-time TikTok user shared a video which showed a news article about the alleged arrest warrants. Unsurprisingly, the comment section was filled with praise for the authoritarian leader, who is often revered by conspiracy theorists.

“Putin is playing chess… like professional chess… and we can’t even figure out kindergarten checkers,” one user said.

Another user even argued that the article proved that Putin’s government was morally superior to every other.

“Russia was never the bad guy, pay attention to everything behind the scenes,” the user wrote.

The TikTok video quickly spread to Facebook and other social media platforms, where users gleefully cheered on the Russian leader.

Yet a quick glance at the article featured in the video shows that it isn’t new. In fact, the date clearly says 2015. When the TikTok user who first highlighted the article was met with pushback over the date, he claimed that he knew all along.

“Yes ppl it is 2015 but the point is that he did it and now things are starting to tie together…” the TikToker wrote in the video’s comments.

Only it didn’t happen. And the website the article appears on is anything but credible. At first glance, the news blog, known as CSglobe, carries numerous questionable posts. Also, it appears as if the website hasn’t been updated since 2020.

The 2015 article regarding the alleged arrest warrant, which is written in broken English, provides no actual evidence.

“The thing that should give pause to the Heads of State Western is like Putin did in freeing Russia from those who wanted to bring the total economic and social collapse and beat up in jail all those who have tried,” the article reads.

But CSglobe is far from the first to make the claim. The conspiracy theory that Putin has issued arrest warrants for Soros and Rothschild has circulated online for at least a decade. As noted by Lead Stories, a YouTube video from 2012 with more than 325,000 views also made the claim.

The conspiracy theory has gone on for so long that the Kremlin announced back in 2018 that no such arrest warrants had been issued.

“The Kremlin says that Russian President Vladimir Putin did not seek an international arrest warrant for billionaire liberal philanthropist George Soros, despite the claims of several false stories widely shared on social media,” the Associated Press wrote at the time.

Conspiracy theories that an anti-Western global leader is set to arrest the world’s enemies continue to be popular despite never actually coming true. The entire QAnon movement is based around the fantasy that former President Donald Trump is preparing to arrest and execute all of his political enemies in a biblical-style purge.

The fact that the conspiracy theory continues to persist despite years of failure indicates that it will undoubtedly live on into the future as well.

They said a healthy soda was impossible, but OLIPOP has changed the game. The sparkling tonic tastes like the soda you grew up sipping, but with the added benefit of microbiome and digestive health support. It’s a soda that’s very healthy and delicious, thanks to plant fiber, prebiotics, botanicals, and a touch of magic.

Discover the new kind of soda that’s made for a happier, healthier you. Save 15% with coupon code SODALOVE.

A woman on TikTok says the property manager at her apartment cited her for hanging curtains on her balcony. She said her lease doesn’t mention having curtains.

If you ask your barista to make you their favorite drink, you should definitely keep an open mind.

These are the new stars of the CBD world.*

To mark the fourth anniversary of the first QAnon drop on 4chan, the Daily Dot tells stories about Q that haven’t been looked at.

We all know Ring cameras present a host of privacy concerns… but you shouldn’t do what this “Karen” did. A viral TikTok shows a woman tearing down a Ring doorbell before eventually being confronted and charged by police.