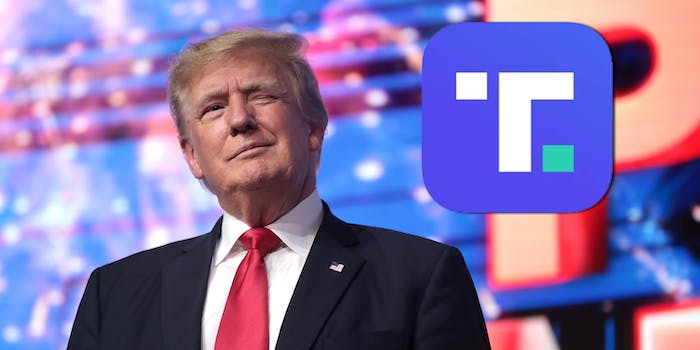 Plus: A deep dive into Matt Gaetz's social media, discourse surrounding a decision by the Academy Awards, and more.

Hey everyone, allow me to reintroduce myself: I’m Andrew Wyrich, the newsletter editor at the Daily Dot. Welcome to the Thursday edition of Internet Insider.

Things look a little different today. We heard from a lot of you (thank you!) about what you liked and didn’t like about the newsletter, and we took that to heart. So we changed some things, and some more things might change soon. With that in mind, we want to know how you feel about the changes you see today, so drop us a line!

Besides that, we look at the discourse surrounding a recent controversial decision from the Academy Awards, some ironic issues that have sprung up over at Trump’s new social media platform, and more from the frontline of online.

Thanks for reading along, now let’s get to what you came here for: the latest internet news.

Rep. Matt Gaetz (R-Fla.) is no stranger to internet controversy. He seems to always crop up because of what he’s writing online.

Gaetz’s lengthy list of Twitter crimes and misdemeanors includes the rapid dirty delete of a tweet calling to defund the FBI, seemingly referring to Trump as “President God,” and creepily thirsting over a certain socialist congresswoman from New York. And who could forget when the Florida Bar investigated him for tweeting threateningly at Michael Cohen?

Gaetz’s internet game wasn’t always this spicy. When he first joined Twitter in 2009 during his first campaign for the Florida legislature, Gaetz mostly tweeted about campaigning, mentoring middle schoolers, and eating his body weight in mullet (the fish, not the haircut).

But even back then there were glimmers of what was to come, such as his call to oust a Florida Republican Party chairman who would later be arrested for, and ultimately plead guilty to charges of theft and money laundering.

But trolling is where Gaetz really found his stride on social media, and not even his fellow Republicans were spared. Gaetz has demonstrated a willingness to turn on longtime allies when their political fortunes faltered.

For example, in the early teens, Gaetz was particularly chummy with Jack Latvala, a Republican politician from Florida, and his son Chris. That all changed when redistricting in the state pitted the elder Latvala against another Republican in 2015. Gaetz swiftly sided with Latvala’s rival.

Thing got dicey in January 2020, when Florida state Rep. Chris Latvala claimed in a tweet that Gaetz “created a game where members of the FL House got ‘points’ for sleeping with aides, interns, lobbyists, and married legislators.”

Gaetz didn’t address the accusation when he clapped back minutes later: “Just because I own you on Twitter, don’t confuse me for your daddy when it comes to abusing power for sex.” Jack Latvala was accused of groping and sexual harassment in 2017, according to Politico.

This wouldn’t be the last time Gaetz was accused of dirty deeds between the sheets.

In March 2021, news broke that Gaetz was being investigated for trafficking a 17-year-old for sex, a charge he’s consistently denied.

It later emerged that Gaetz had used Venmo to pay the buddy whose arrest triggered the investigation into him, and the buddy then passed funds along to three women. Gaetz’s reaction was to make his Venmo private. The sex crimes investigation is ongoing.

His internet troubles aren’t entirely of his own making, however.

Last year, the woman who is now his sister-in-law called him a “literal pedophile” on TikTok. She also accused the 39-year-old Gaetz of being attracted to 15-year-olds and of trying to set her up with much older men.

That wasn’t the only time a family member put Gaetz on blast.

The day of the Capitol riot, his own sister came for him in the comments. After she tweeted a call to “denounce” the “garbage” of Trump’s election fraud lies, people pointed out that her own brother was spreading the very same thing.

“I wholly disagree with him on that issue,” she retorted.

As Gaetz no doubt is well aware, blood may be thicker than water, but screenshots are forever.

Meet the most decorated Black athlete in Winter Olympics History

Elana Meyers Taylor is no stranger to overcoming obstacles. Fueled by her desire to win and represent a Black face in a space typically void of color, Meyers Taylor has just made Winter Olympics history as the most decorated Black athlete—ever. She’s the first woman and Black person to do it.

Before she prepared for last week’s bobsledding events at the 2022 Winter Olympics, Meyers Taylor spoke with us about her journey to becoming the U.S. bobsledding’s barrier-breaking quarterback. Read more.

People had a lot of thoughts about the viral video, including some discourse about the restaurant industry.

The Daily Dot put together 10 stories that explore the online communities and events that shaped us, from the dancing baby meme to the history of fanfic censorship.

In a viral TikTok post this month, users were freaked out to learn about apps that claim to tell you what profiles are stalking you on Instagram. The video caused controversy in its comments section about the legitimacy of apps that claim to track who views your page.

“Is Derek Jeter The Most Overrated Player Ever?” by Baseball Doesn’t Exist