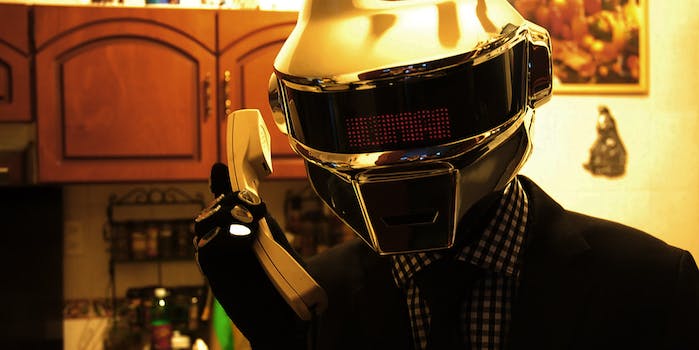 Etsy does a roaring trade in nerd esoterica at this time of year, from the ubiquitous sci-fi fan T-shirts to an endless array of Benedict Cumberbatch–inspired tchotchkes. But every once in a while, something does rise above the rest. Case in point: this startlingly realistic Daft Punk costume.

Daft Punk is an instantly recognisable cosplay idea, but the specific helmets are quite tricky to build yourself. Thanks to this Etsy seller, you can now look just like robot Thomas, including a programmable LED message scroller over the visor. 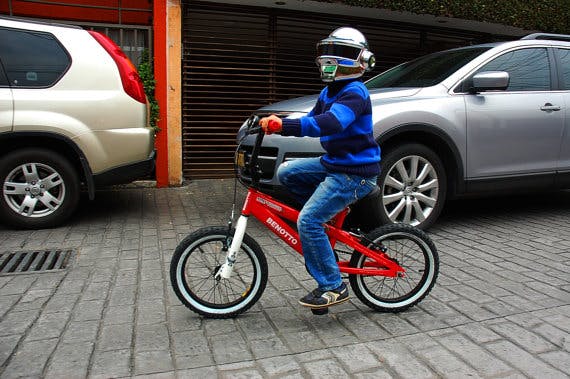 The creator writes, “I made one of these for halloween and everyone wanted to buy it, right there,” which we can well believe. Who wouldn’t want a Daft Punk costume? The helmet alone is enough to transform any boring outfit into an instant display of futuristic cool, but the costume also includes gloves so every available inch of human skin can be carefully roboticized for the full Daft Punk look.

The costume will set you back a cool $500, but considering the fact that it’ll make you Harder, Better, Faster and Stronger, it’s probably a sounder investment than most Christmas presents.