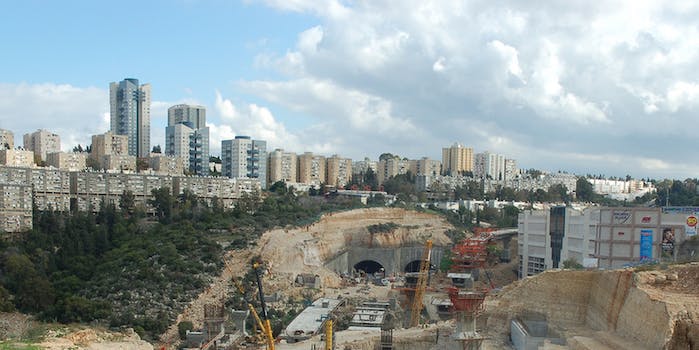 The Carmel Tunnels attack shows just how vulnerable a state’s vital systems are to attack in the Internet age.

In early September, the Carmel Tunnels, a major thoroughfare for the Israeli city of Haifa, were shut down for eight hours, effectively halting commutes in and out of the city for the 1 million residents in the metropolitan area. AP is now reporting that the shutdown was the result of a cyber attack.

Though the company that operates the tunnel insists the shutdown was the result of a glitch, unnamed sources have told the AP it was in fact the work of a hacking group similar to Anonymous.

Government officials have indicated to the AP that, although Iran has launched cyberattacks against the country before, they don’t in this case believe the Carmel hack was sophisticated enough to be the work of a foreign government.

The attack was described as a Trojan horse attack on the tunnels’ security cameras. AP did not publish details of the attack other than to say that the malicious software installed by the hackers could give them complete control of the system.

The attack itself caused massive congestion in the city as well as hundreds of dollars in damage.

It’s larger significance, however, is in illustrating how susceptible major cities are to sophisticated hacks. As Oren David, a manager at the international security firm RSA told AP, the attack “is the hallmark of a new era. … Most of these systems are automated, especially as far as security is concerned. They’re automated and they’re remotely controlled, either over the Internet or otherwise, so they’re vulnerable to cyberattack.”

As the Telegraph reported back in June, Israeli Prime Minister Benjamin Netanyahu said that the country was hammered with “non-stop” cyberattacks from Iran. Targets included water, power, train, and banking systems.

The Carmel Tunnels attack shows just how vulnerable a state’s vital systems are to attack in the Internet age.