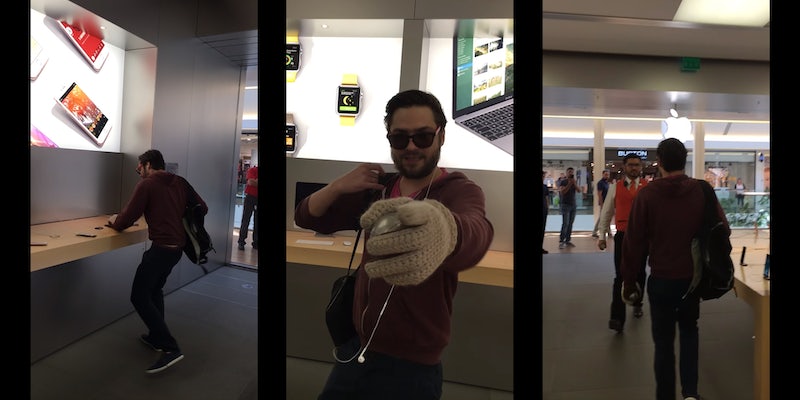 Hell hath no fury like an Apple fanboy scorned.

A French customer Hulked out in an Apple Store in Dijon, smashing everything in sight, one slick item at a time. He employed a small steel ball, the kind usually used in the yard game pétanque. The rampage was captured by others in the store.

It appears the incident was sparked by a refund dispute. In between wrecking iPhone, MacBooks, and iPads, he says in French, “Apple is a company that ‘violated’ European consumers’ rights. They refused to reimburse me, I told them: ‘Give me my money back’. They said no. So you know what’s happening? This is happening!”

According to a local news report, the man was apprehended by a security guard and arrested, after causing considerable damage. Here’s a video of his attempt to flee the scene.

Fun fact: The French word for Apple is “pomme,” which is the root word for “pummel,” so maybe this guy was just confused.