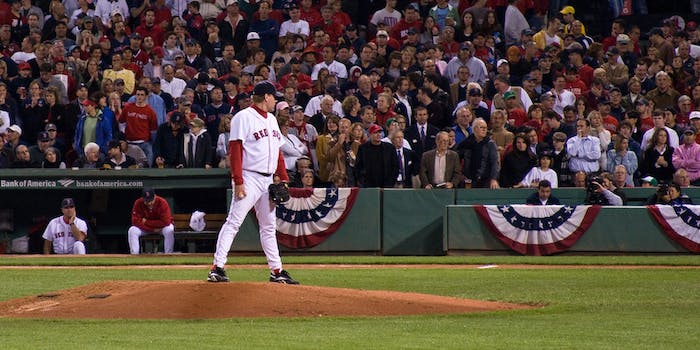 He later acknowledged his deleted tweet was a 'dumb ass decision.'

Former star pitcher Curt Schilling has no problem espousing his conservative views on social media. But today, he crossed a line—and his employer noticed.

The tweet has been deleted, but not before Deadspin captured it for posterity. 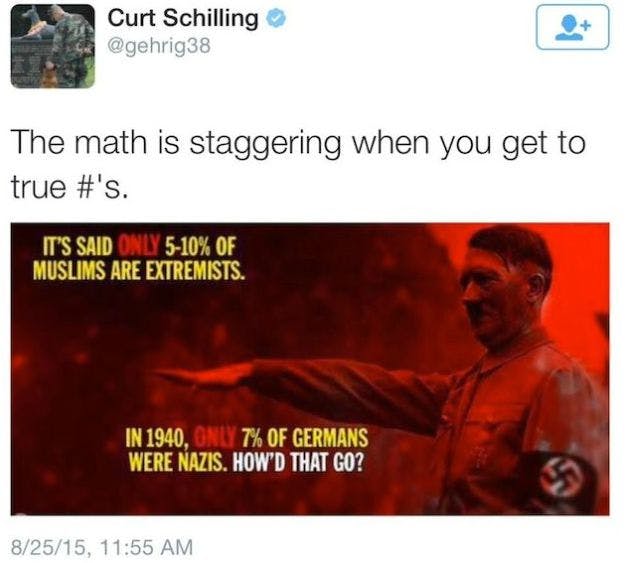 Apparently Schilling never heard the axiom that one should never compare Nazis to anybody other than Nazis, especially when you hold a high-profile ESPN baseball-analyst job.

In response to the tweet, Vice Sports’ Aaron W. Gordon took a deeper dive into Schilling’s supposed fascination with the Third Reich. And he found some, um, interesting status updates in which Schilling is showing off his Nazi memorabilia.

@JayBerman going to have a life of its own no matter what. Gotta own the fallout but no need to keep it alive that way

@DrKnafa apologies, dumb ass decision on my part, can't change it, apologize and move on

In a statement shared with reporters, ESPN condemned Schilling’s tweet as “unacceptable” and announced that he’s been removed from his “Little League assignment.”

Perhaps it’s a good idea that whomever wins this Fenway Park sleepover contest not bunk next to Schilling.

Photo via Andrew Malone/Flickr (CC by 2.0)