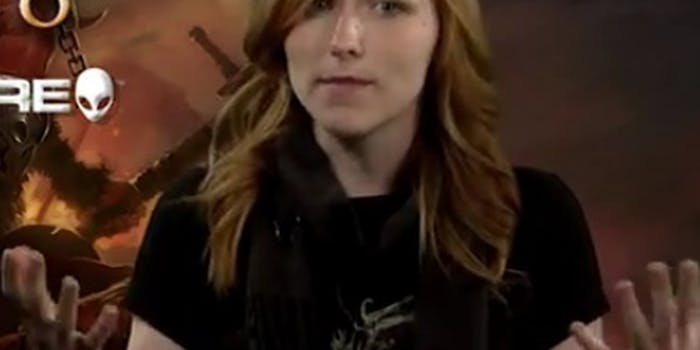 After investing in Machinima, the search giant revoked the AdSense account for competitor Curse Network, prompting cries of foul play.

Curse Network, a YouTube video-game network born out of frustration with Machinima’s contract policies, was mysteriously shut down by Google this week. And to many YouTubers, the move looks as suspicious as the New Orleans Hornets winning the NBA draft lottery.

In short, the timing of the move coincides with Google, Inc.’s $35 million investment into Machinima, Curse Network’s leading rival.

“Curse Network emerges as a promising alternative to Machinima. Then Google invests $30MM in Machinima. Curse shut down by Google. ‪#justsayin‬,” George Strompolos, a former Google employee, tweeted on May 29.

“About three weeks ago now our ability to actually monetize videos on YouTube was suddenly and inexplicably revoked,” wrote Donovan Duncan, vice president of marketing, in an email the network sent to all of its partners (and submitted to the Daily Dot anonymously). “To date we have had no explanation from YouTube or Google as to WHY.”

The email goes on to explain everyone will be paid until May 31, despite the lack of incoming revenue stream, because “we highly care about our reputation.”

“This situation is as sketchy to you as it is to us,” Duncan wrote. “[W]e don’t know what to do to solve it and have decided to take drastic measures since we are leaking thousands of dollars a day. …

“We have started the process of legal action against Google and we have enabled ‘Monetization viewing’ on all your channels so that you can see, directly based on Google’s data, that we are currently unable to monetize videos.”

William Hyde, YouTube’s unofficial sheriff, has posted two videos on the subject this week and called the shutdown “shocking, especially given the timing” in a Skype conversation with the Daily Dot. Hyde has publicly called for “official statements from everyone” involved, but it’s been days and no statements have come.

While some YouTubers are speculating that the AdSense shutdown is related to a monetization bug that has made its way into the community’s ongoing Save YouTube campaign, most users seem to think Google is trying to eliminate Machinima’s competition.

“I can’t believe that Google can do this so easily without legal consequences,” user sugarwarlock wrote on a FatBossTV video about the topic.

The timing could be coincidental. And Google may have solid reasoning for its actions. But for the time being, it certainly looks poorly to the YouTube community.