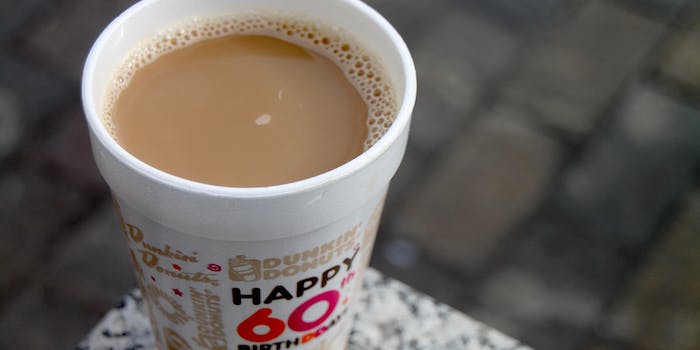 You’re wasting money on coffee—why not try a subscription?

How much coffee is too much coffee? Now you can find out for the low, low price of $45 a month. A new start-up called CUPS is working with independently owned coffee shops to provide coffee drinkers with an app similar to the Starbucks loyalty card.

So far, almost all of the shops CUPS has partnered with are in lower Manhattan. People who live or work there can, for $45 a month, avail themselves of unlimited coffee at any of the businesses who’ve signed on with CUPS. So far this includes places like the Bean, Pushcart, Irving Farm, and—for New Jersey commuters—the Path Cafe.

The $45-a-month subscription entitles users to unlimited brewed, drip, pour-over, or filtered coffee. (Or tea.) Access to unlimited espresso drinks will cost you $85 per month.

CUPS hopes to expand into at least 200 NYC coffee shops over the next few months. “It’s not a number we pulled out of a hat,” Gilad Rotem, a cofounder of the startup, tells Bloomberg Businessweek. “It happens to be [about] the number of Starbucks that are in Manhattan.”

Of course, one has to wonder: Is this really a good deal? Do I really drink $45 worth of coffee every month, or $85 worth of espresso drinks? Also, is this coffee good?

Rotem says the prices are equivalent to about 22 cups, or roughly one java beverage per workday per month. On average, Americans consume 1.7 cups of coffee a day, according to Studylogic, which means a CUPS subscription may not be a bad deal. For coffee drinkers with a lower caffeine tolerance, CUPS also offers prepaid package deals for 5, 10, or 20 drinks per month.

But we’re not talking about Americans; we’re talking about New Yorkers—according to Forbes, New York households spend about three times the national average on coffee.

Speaking only from personal experience, that seems pretty accurate. I drink at least one cup of coffee every day, sometimes as many as three or four. Not all are bought from coffee shops; some are brewed at home, and some are purchased along with a breakfast sandwich from a bodega or cart. Regardless, even if I conservatively estimate an average of $2.50 a day on coffee, that’s already $75 a month. I can’t afford not to subscribe to this thing. Right?

Anyway, the startup is hosting a free, open beta this week. Go get some coffee, New Yorkers. You’re grumpy and you need to perk up.