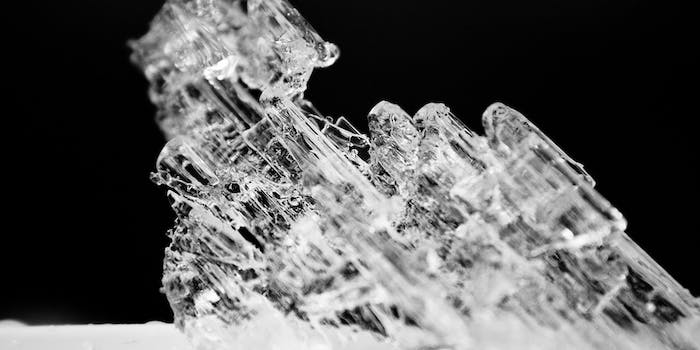 Photo via brandmaier/Flickr (CC BY 2.0)

Psychic app can determine your personality directly from Twitter

See if it predicts your personality correctly.

Crystal, the application that tells you the personality traits of your friends and coworkers based on public data, is now available for social media profiles.

Crystal’s creepy yet often accurate Chrome extension is designed to help you communicate with people better. Let’s say you’re emailing a Twitter friend for the first time and don’t know how to best approach them—with the Crystal Chrome extension installed, you can simply tap a button under their profile photo to be presented with information including how to interact with them and what type of criticism they respond to best. 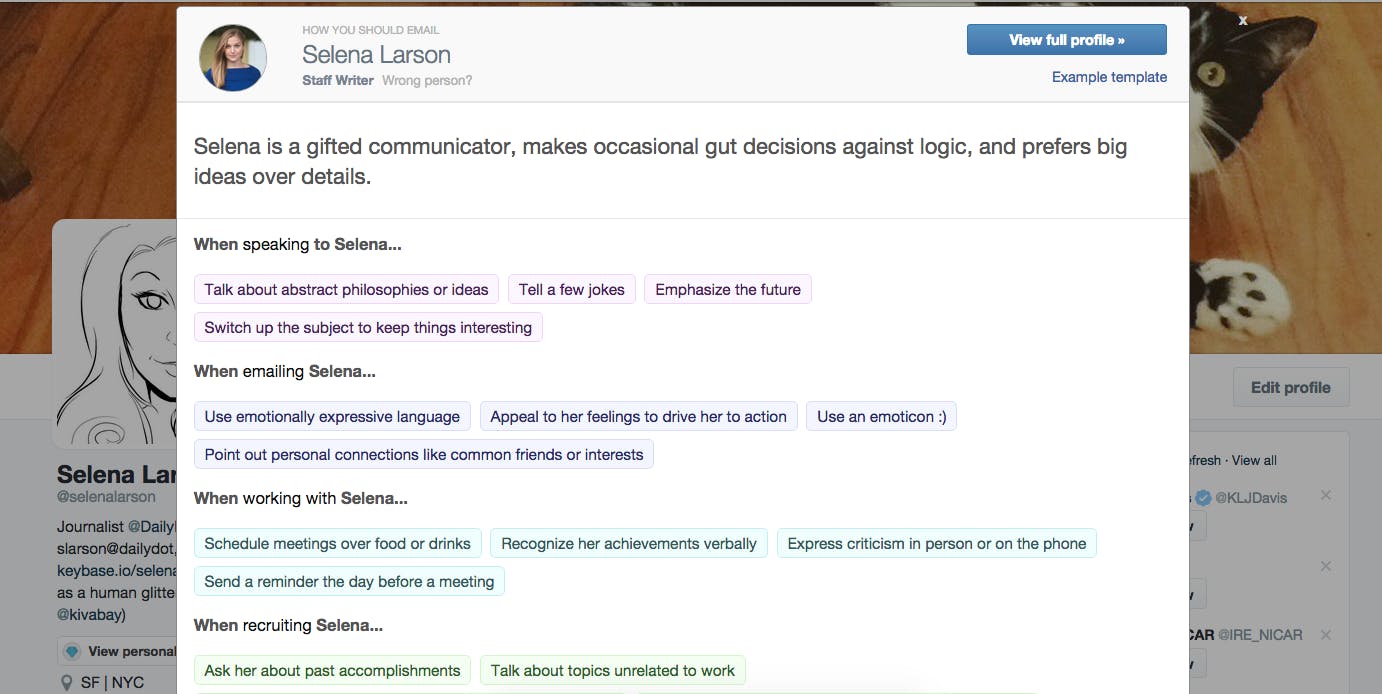 Now, Crystal’s “View Personality” button appears on Twitter, LinkedIn, and Facebook, and if you tap on it, you’ll get a list of comprehensive suggestions about things like how to talk to someone when trying to recruit them, or how best to set up a meeting. You can change which websites it appears on in the settings for Chrome extensions. The company said it’s not appearing for some Facebook users, but they’re working on fixing it. And Crystal doesn’t pull any data from Facebook. 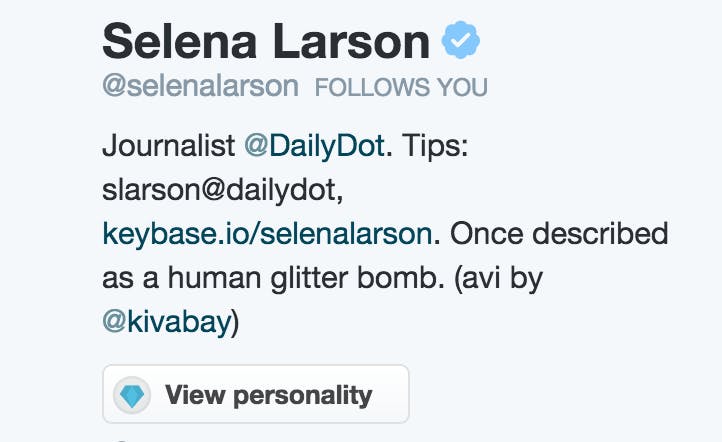 Previously Crystal was available as a website and Chrome extension for Gmail, designed to assist people with composing emails. Instructions like “Be friendly!” gently prod you into tweaking your communication to appeal to the person on the receiving end. The extension formerly asked for a LinkedIn account, but it appears Crystal has dropped that requirement, so now you can sign up with an email, though you’ll be added to a waitlist first.

When I first tried Crystal, I found it startlingly accurate both for myself and colleagues, though some people find its analysis is way off. On the company’s website, you can search for people, compare personalities, and get advice on the best ways to talk to them. It also offers a percentage that shows how accurate the assessment is based on how much public data is available on the Web. 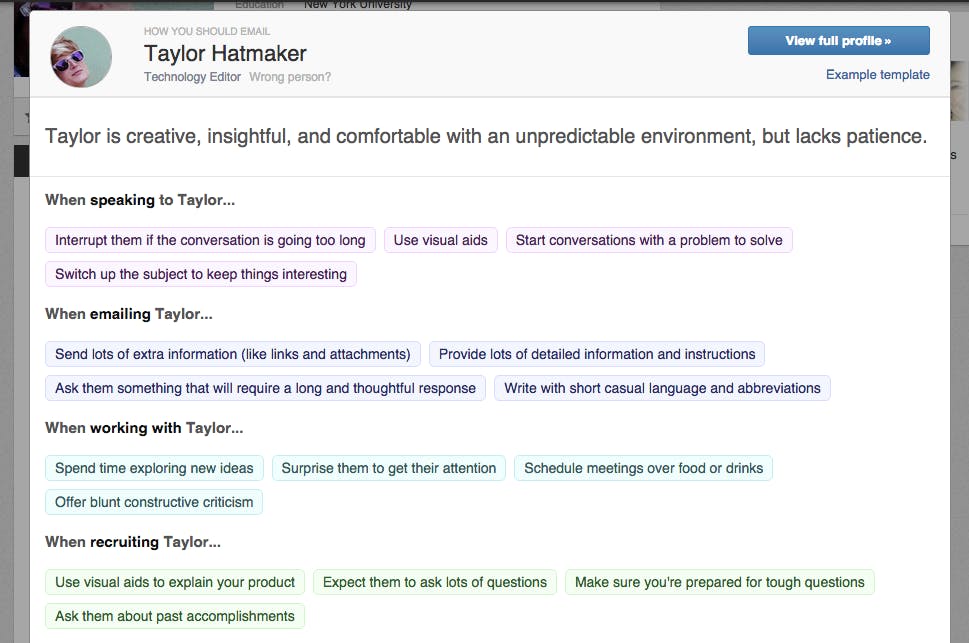 “People are extremely intrigued and creeped out at the same time,” Drew D’Agostino, founder of Crystal told the Daily Dot earlier this year. “That’s probably the biggest bucket of people.”

It’s creepy because it serves as a reminder of how much data we’re giving up publicly. Though the personality explanations are just a collection of canned statements based on analysis of public data, it still seems weird that this seemingly psychic app can figure all that out just based on things we tweet or post on the Internet.

Crystal will appeal to people in industries like public relations, recruiting, and sales, but it’s also super fun to analyze your friends to see if software can guess their personalities accurately.

Photo via brandmaier/Flickr (CC BY 2.0)